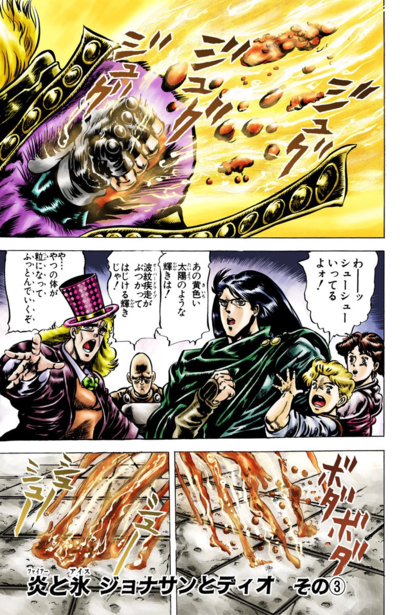 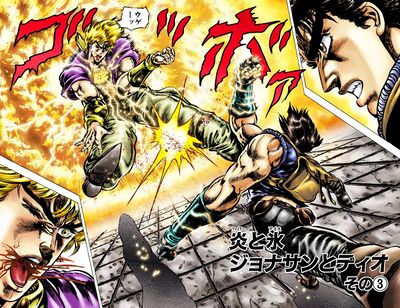 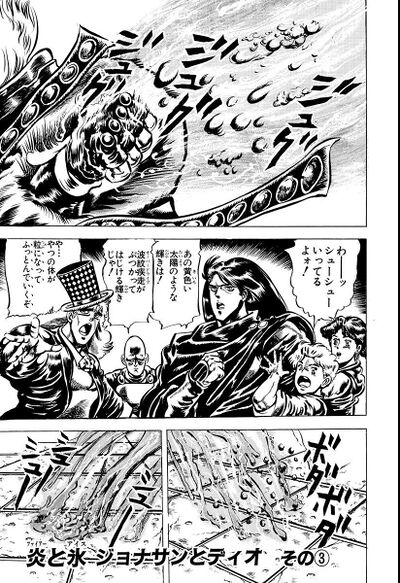 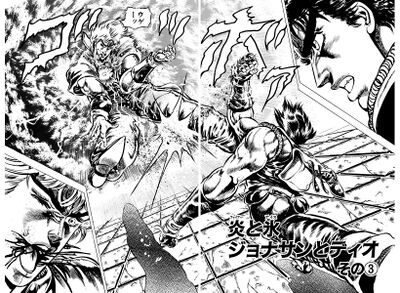 Jonathan's Overdrive tears through Dio and begins melting him from the inside. Dio's body is sent flying off the balcony and slowly begins to disintegrate. As a last resort, Dio concentrates his vampiric essence into a beam he shoots from his eyes; the beam misses, only injuring Jonathan's hand and arm. Jonathan falls down and weeps for the death of his adopted brother, while the others destroy the remaining zombies.

In a desperate attempt to save himself, Dio cuts off his own head to prevent the Ripple from reaching his brain. Wang Chan finds Dio's head and takes it with him into the night. He mentions that Dio could use another body.

The December 4th edition of the London Press publishes a short article about seventy-three people from Windknight's Lot who disappeared overnight without a trace. Jonathan and his group were reported to be seen by a local farmer burning Dio's clothes outside of the abandoned mansion. It was also noted that one of the men -- Speedwagon—was seen removing a Stone Mask from the property and crushing it with a sledgehammer. The same night as the so-called "incident", a fisherman filed a stolen property report, saying that a man of Asian descent had stolen his boat.

Two months later, The London Press Reports: on February 2, 1889, Jonathan and Erina have married and have planned to sail to America for their honeymoon the next day. Speedwagon looks up from the newspaper, only to notice he is late to see them off and quickly runs out the door of the bar he was eating at without paying for his meal. In his rush, he accidentally bumps into a crew of men hauling a large ornate box. He is distracted for a moment, but eventually reaches the dock, where he meets up with Poco and the Ripple users to see Jonathan and Erina off.

Author's Note
“
I finally moved to the next town over. The housing situation in Tokyo is still really cramped and expensive, though.
”
—Hirohiko Araki
“
隣り町へついに引っ越し完了。それにしても東京の住宅事情は、狭い高いであきれます。
”
—Hirohiko Araki