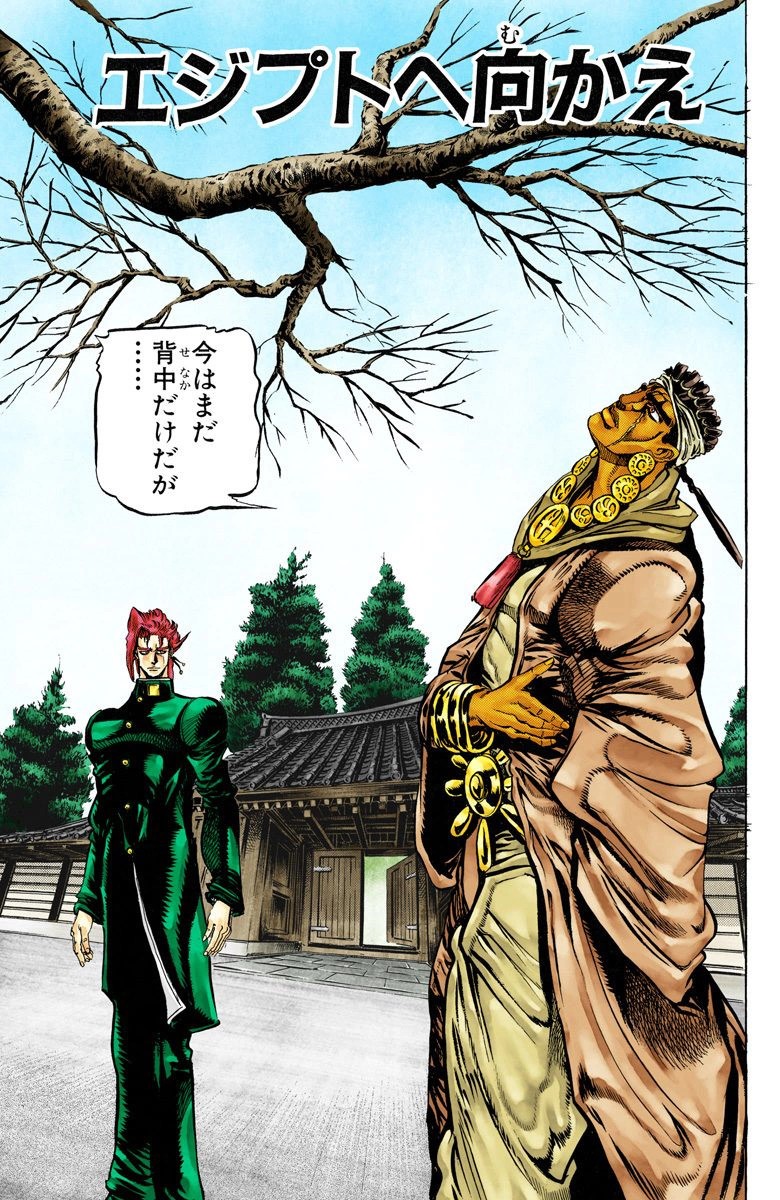 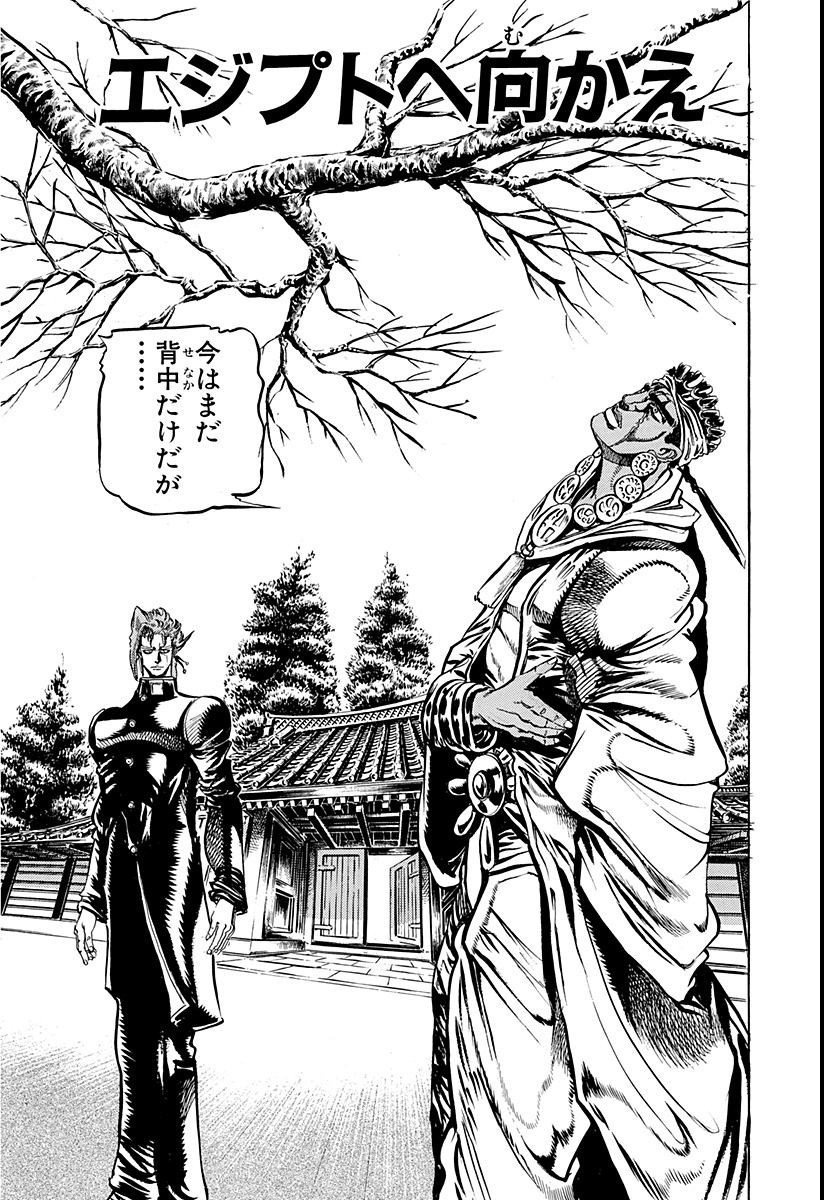 Head to Egypt (エジプトへ向かえ, Ejiputo e Mukae), originally The Thing on the Plane (機中にひそむ魔, Kichū ni Hisomu Ma) in the WSJ release, is the ninth chapter of Stardust Crusaders and the one hundred twenty-second chapter of the JoJo's Bizarre Adventure manga.