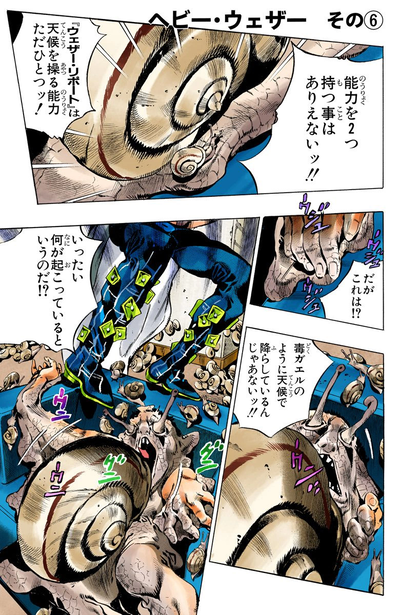 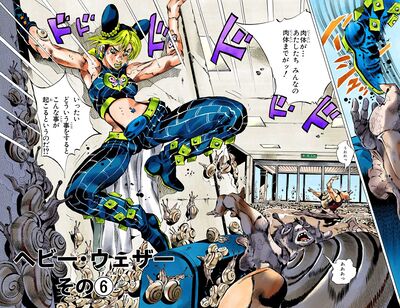 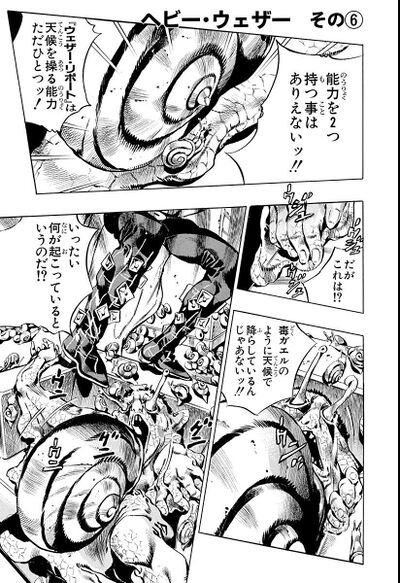 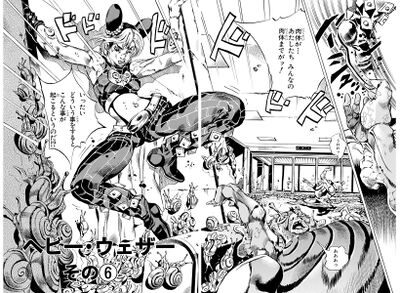 In the present, Jolyne, walking on the walls the avoid the countless snails that have invaded the hospital, doesn't understand how Weather Report could be connected to them. Refusing to believe Weather could be an enemy, she decides to pursue Versus and eliminate him, but the hall is covered in snails and she cannot use the walls anymore.

Jolyne spots a car, but the snails force her to move quickly. Tying a string to a fire sprinkler, Jolyne tries to swing toward the entrance. A falling mass of snails grazes her leg, prompting her to swing to another sprinkler, but the ceiling begins to collapse under her weight and that of many hidden snails. Jolyne uses Ermes, stuck to a wall as second support but Ermes begins to fall as well. As the two fall, Jolyne throws Ermes to the glass door, breaking the original but allowing Ermes to create a copy on which they can walk out of the snails' reach. Jolyne and Ermes are now outside and free to chase after Versus.