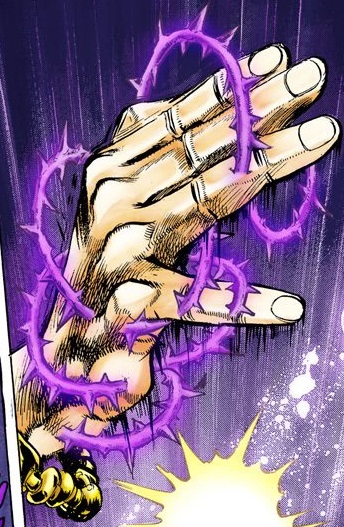 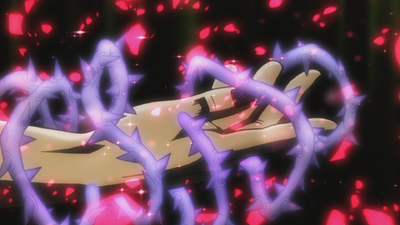 SC Episode 3
“
He's able to use a similar clairvoyance as Joseph because his body is Jonathan's from the neck down.
(首から下はジョナサンの肉体を乗っ取っているため、ジョセフと同じ透視能力が使える。)
”
—JOJO A-GO!GO! Stand Dictionary p.33

The Joestar's Stand is the unnamed Stand belonging to the body of Jonathan Joestar and handled by DIO, featured in the third part of the JoJo's Bizarre Adventure series, Stardust Crusaders.

It is a plant-like Stand that bears a resemblance to Joseph's Hermit Purple and shares similar abilities. DIO uses its power to track down the Joestar group throughout their journey.

In the JoJo novel JORGE JOESTAR, DIO possesses a Stand with the name, The Passion. Its appearance is similar to Hermit Purple, but takes the form of a crown of thorns and has the ability to view the future of the user's blood relatives (including a relative in another universe).