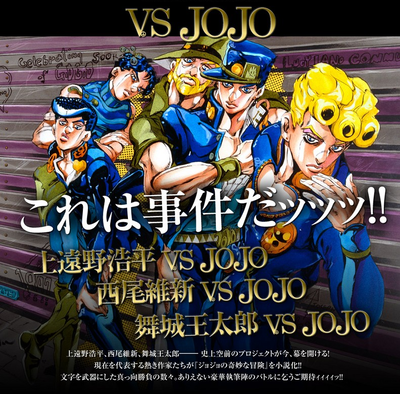 Published from 2011 to 2012, the project consisted of multiple well-known authors "clashing" with Araki, by writing their own stories relating to the series. As such, these Light Novels were not written by Araki and may or may not be considered canon. However, the cover art, Stand pages and some illustrations found throughout them were drawn by Araki himself.

Other languages:
English • português do Brasil
Retrieved from "https://jojowiki.com/index.php?title=VS_JOJO&oldid=663955"
Categories: