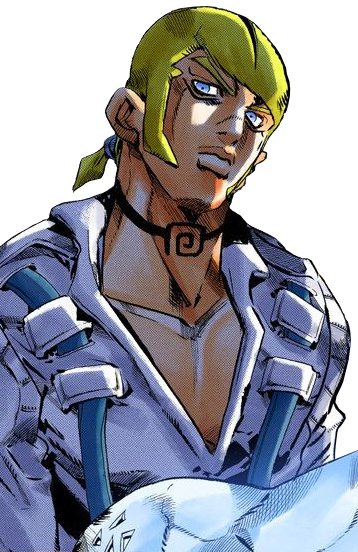 Having been ignored, abused, unjustly imprisoned, and staying permanently unemployed, Donatello Versus developed a grudge against society at large, desiring to become happy at any cost.[5] Even though he inherited DIO's ruthlessness and selfishness, Donatello lacks his father's megalomania or cunning. As such, although he seems more outwardly well-adjusted, Versus is, in fact, incredibly rash and impulsive.

Donatello isn't opposed to cooperation or even following orders, as at first he puts his trust in, and tries to maintain a respectful relationship with Enrico Pucci. However, being pushed around by authority figures for most of his life left Donatello with little tolerance for disrespect and a lot of pride.[4] When Pucci begins doubting Donatello's abilities, the feeling of being used drives Donatello first to verbally snap at the priest,[6] and then to betray him, considering it his right to inherit DIO's plans in Pucci's place.[7]

Donatello is as ruthless as he is desperate, equally ready to kill children[8] and put his own life on the line when pursuing his objectives. Combined with a single-minded drive and a tendency to loudly express his emotions, this desperation leaves Donatello open to getting blindsided. When caught off guard Versus will crumble under the pressure, as he fails to kill Jolyne and Ermes after Pucci's repeated comments acknowledging their strength, and eventually gets cornered and forced into submission by them.[9] Donatello is also quite hot-blooded, as he easily blows up on people, gets frustrated quickly and showcases exaggerated facial expressions, from smug giddiness to triumphant screams of joy. 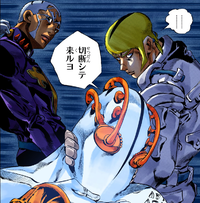 Versus appears in JoJo's Bizarre Adventure: All-Star Battle as the guide for the support items shop in Story Mode, using his Stand ability to dig up the player's support item of choice at the cost of gold.