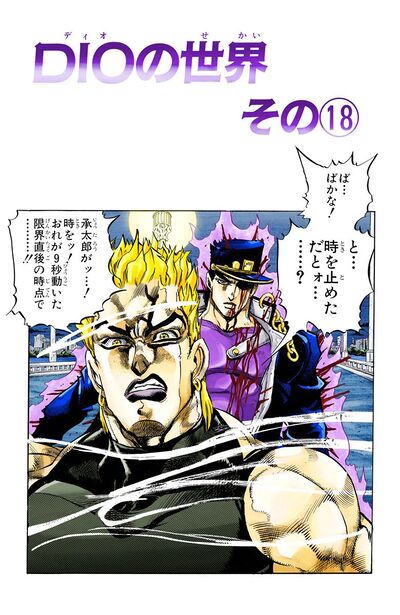 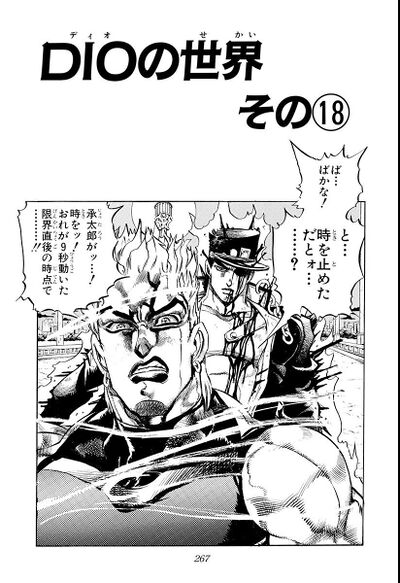 DIO's World, Part 18 (の世界 その⑱, DIO no Sekai Sono 18), originally It Ends at Dawn! (暁に果つ！, Akatsuki ni Hatetsu!) in the WSJ release, is the one hundred fifty-first chapter of Stardust Crusaders and the two hundred sixty-fourth chapter of the JoJo's Bizarre Adventure manga.