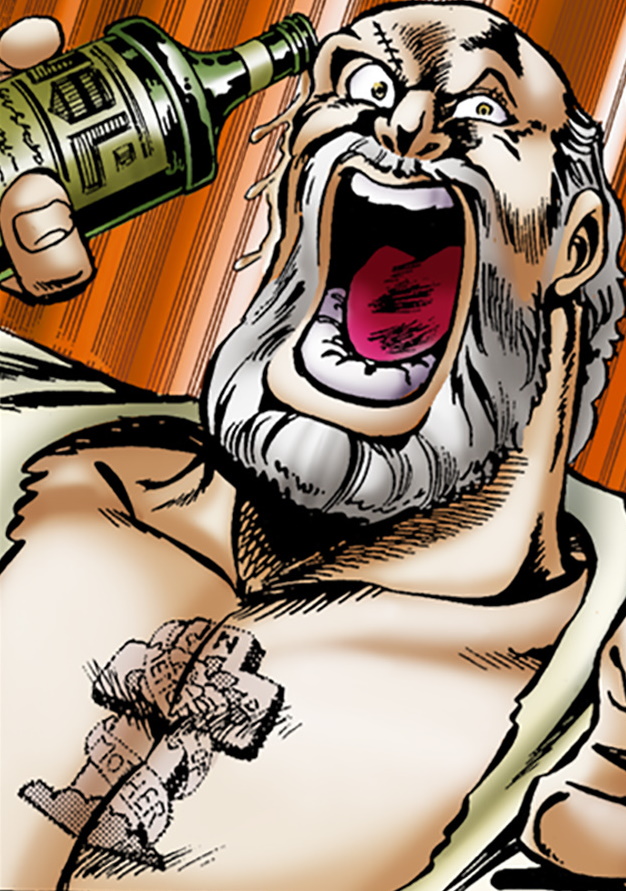 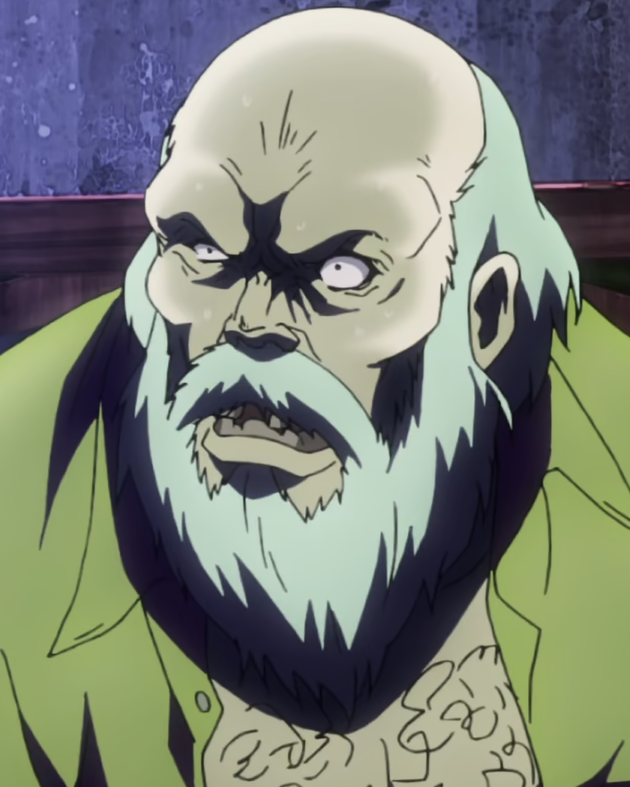 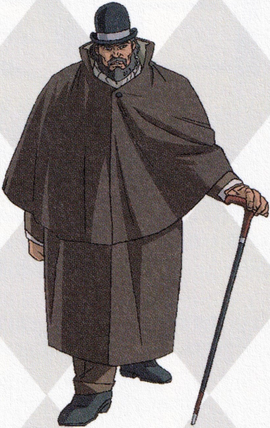 Episode 1
For a similar character, see Dario.
“
You're smart enough! Never lose to anyone and become the richest! (お前は頭がいいッ！誰にも負けねえ一番の金持ちになれよッOmae wa atamagaī! Darenimo makenē ichiban no kanemochi ni nare yo!)
”
—Dario Brando to his son, Chapter 1: Prologue

Dario is the father of Dio Brando. An alcoholic and abusive man, he is primarily responsible for Dio's descent into evil. After a tragic misunderstanding, George Joestar I decides to owe him a favor, eventually adopting his son Dio into the Joestar family.

Dario is repeatedly portrayed as extremely immoral. Being a petty thief, Dario has no qualm stealing from the dead, notably stealing a then unconscious George Joestar's ring, believing him to be dead. He also told his companion to let George's baby die. When George woke up, Dario tricked him into believing he was saving him, hoping to exploit the gentleman's naïveté; when George later covered for him out of kindness, Dario couldn't understand the gesture.[2]

Nevertheless, he cared about Dio enough to let him be adopted into the Joestar Family.[2]

Dario was a poor man in Victorian England who witnessed George Joestar I's carriage crash one day in 1868. He immediately started looting the wreckage on the assumption that there were no survivors, even as a woman from a bar that he brought with him noted that the infant was still alive. George wakes up and assumes that Dario saved his life, feeling indebted to him. Although George later learned the truth about Dario's personality when he was arrested for trying to pawn Mary Joestar's wedding ring, George pressed no charges and asked Dario to become a good man for his family.[4] Even after receiving money from George to start a hotel, Dario soon found himself back in poverty, eventually working his wife to death.[2]

For the next twelve years, Dario took out his frustration on his son Dio, who he grew to hate his father enough to poison him with Wang Chan's assistance.[3] Unaware that his own son was killing him, he tells Dio of the debt George still owes him on his deathbed. Dario gives Dio a letter to mail to the Joestar Mansion, in which he details his condition[5] and asks the Joestars to adopt Dio. Though Dio is adopted into the family, Dario's letter plays a vital role in exposing his attempted murder of George seven years afterward.