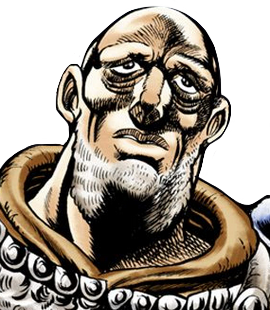 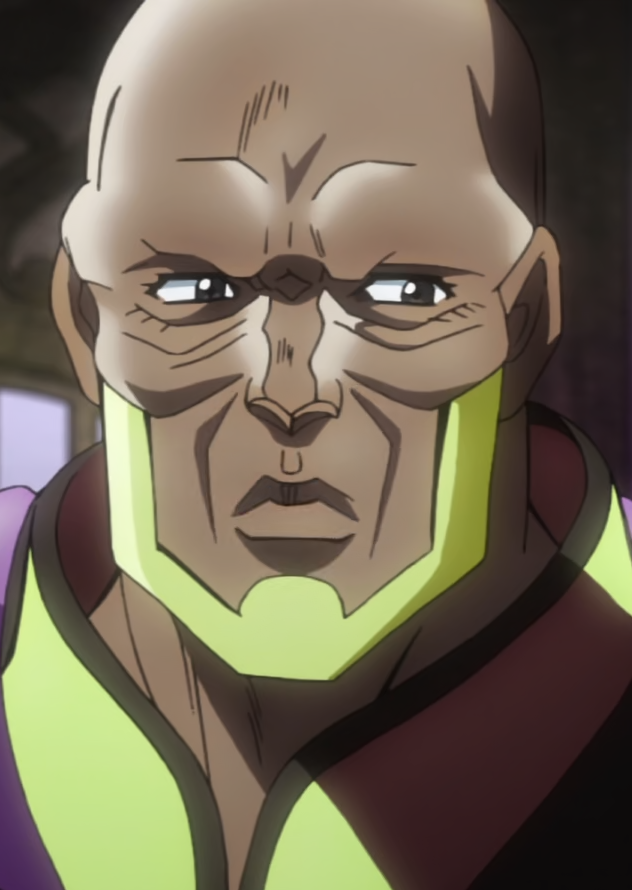 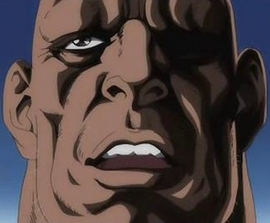 Tonpetty is an old man of medium height and build. He has dark skin, prominent brow ridges with no eyebrows, pronounced frown lines, and bags under his eyes. His head is bald, and he possesses a light chinstrap beard

. His typical manner of dressing includes a light-colored monk's raiment with darker shoulder armor. During his first meeting with Zeppeli, he wore much baggier robes with fur covering the shoulders. He occasionally wears a piece of facial armor resembling a hanbō

As a Ripple master, Tonpetty has trained multiple people in the art of the Ripple. He is the only character shown to be able to predict the future of someone by simply touching their hand, displaying a high level of skill. His students demonstrate multiple techniques as the result of their training with Tonpetty, including the ability to heal others.

Tonpetty, accompanied by Dire and another student named Straizo, travel to Windknight's Lot to assist in the fight against Dio Brando. However, they do not meet with Jonathan Joestar and Robert E. O. Speedwagon until after Zeppeli's death.[1] Though Dire is killed attempting to fight Dio directly, Tonpetty and Straizo help kill Dio's remaining Zombies. After the battle, the group burns Dio's clothes as a way to erase his existence. Tonpetty is last seen at the docks with the rest of Jonathan's friends to see him and Erina off for their honeymoon. Tonpetty's whereabouts after this are unknown, but it is assumed by Straizo, his successor,[2] that he died sometime in the 50-year span between Dio's defeat and Straizo's meeting with Speedwagon.[3] 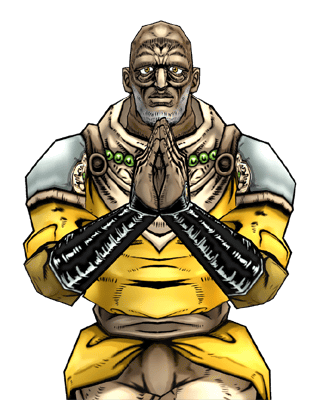 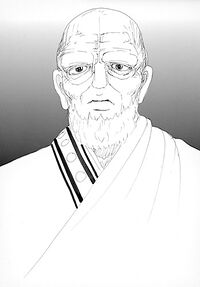 Ngapoi Ngawang Tonpetty
The information below derives from a source not written by Araki. As such, it may or may not be considered canon

One morning, he has a prediction that George Joestar II will have a plane crash and tells Lisa Lisa the location of where George will end up stranded in the North Sea.[4] Lisa Lisa later takes George to the secret underground lair of the Ripple warriors in France. Tonpetty reveals that George had entered his dreams several times and that it is an honor to meet Jonathan Joestar's son in person. He claims that George has inherited Jonathan's courage, although George denies it.

Tonpetty secretly reveals to Lisa Lisa that he predicted George would die around the time of his marriage with her. This causes Lisa Lisa to distance herself from George out of fear and the two don't meet each other for three years. When George learns about this, he immediately becomes angry that Tonpetty made Lisa Lisa afraid. However, George's anger dissipates when he confronts Tonpetty and feels the man's intimidating aura. After George questions Tonpetty's prophecy, Tonpetty suddenly looks puzzled and feels that there is a chance George may not die after all. He informs George that a god is watching over him and if George can put his faith in that power, he'll survive his fate of being brutally murdered by something terrifying.[5]

Jorge Joestar from the 37th universe later learns about Tonpetty and decides to call him using the pebble phone created by Vinegar Doppio37 which can communicate across universes. Although Jorge feels like an idiot asking a man from a country which doesn't use kanji about what the spelling of his name should be, Tonpetty gives him the spelling 城字ジョースター (Jōji Jōsutā). At first Jorge thinks it's extremely weird from a Japanese perspective because the kanji that Tonpetty chose for spelling "Joji" means "castle" and "character", but then Jorge realizes that it is actually fitting for him.[6]