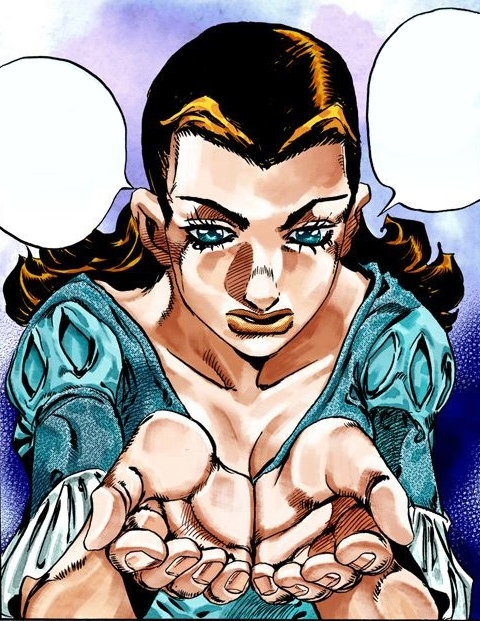 Repentant for abandoning her infant son, she dived into a flooding river to save him. Until her death, she taught Diego pride.

Diego's mother was a young woman who had long dark hair, except for two locks of blonde hair at the front. She wore a dress and boots.

Although she buried her infant son alive, Diego's mother quickly changed her mind and dedicated herself entirely to his well-being afterward. Despite living in poverty, she made it a point to teach her son pride and sought to keep her dignity. She made any sacrifices to raise Diego, going as far as burning her own hands with hot soup on a daily basis for a month when they didn't have cups.[1]

and died at the young age of 23. Before taking her last breath, she said to Diego that it was not his fault and that he should use his talent with horses to become a jockey. Diego believed that the germs that came in through his mother's burns were the cause of her disease and intuitively knew that the farmer was the cause of her death. It was revenge towards the farmer and the other people on the farm who looked down on them that fueled Diego's goal of rising to the top of society and entering the Steel Ball Run to gain complete influence over all, including the Royal Family of England.[1]