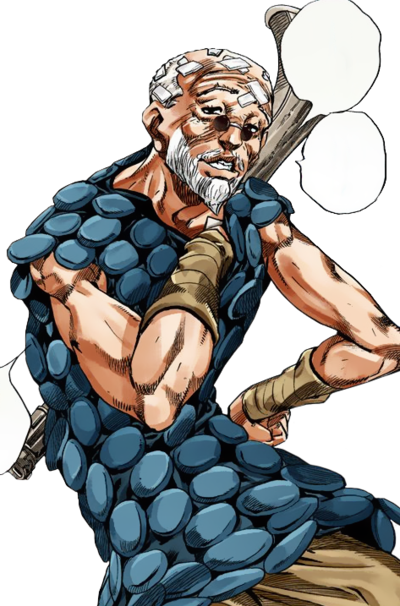 SBR Chapter 95
“
Good choice. It would be improper of someone like you to touch a man's navel.
”
—Norisuke Higashikata I, SBR Chapter 40

He wears plain pants but has a distinctive jacket covered in large decorative patches like chainmail.

The series is known for alternating colors between media, the information presented below may or may not be canon.
Skin(Fair)
Hair(White)
Eyes(Brown)
Outfit
(Blue jacket, light brown pants and wristbands.)

How skilled he is at horseback riding is unknown. However, he seems to be professional, as he ended up being second place in the Steel Ball Run race. 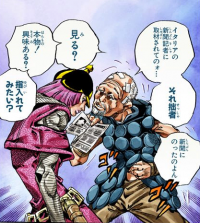 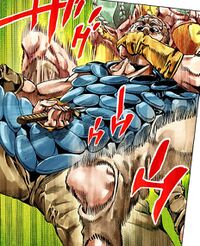