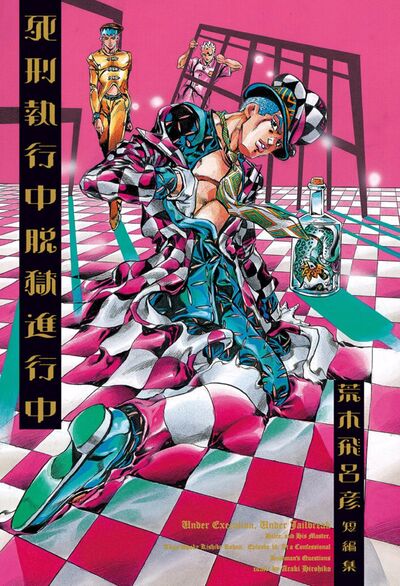 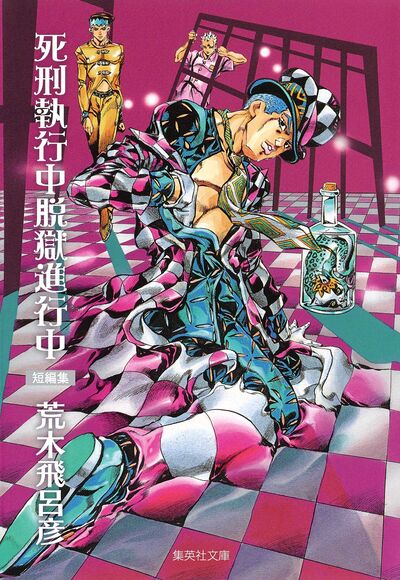 Under Execution, Under Jailbreak is a one-shot chapter featuring a prisoner attempting to escape from a strange jail full of deadly traps. His jail cell is actually the execution room. After he is severely wounded, he discovers a hole in the wall, which is his only chance to escape. However, he is too scared to try going through it. 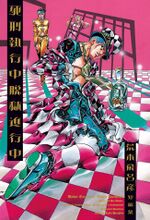 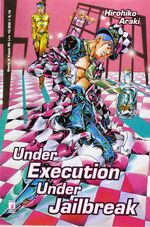 Author's Note
“
The story collection that contained Gorgeous Irene was published in 1987, making this book my first story collection in twelve years and my second one overall. Why is it that I rarely write short stories? The answer is that my ideas for them usually go into my longer, serialized works. After all, they tend to contain my more beloved protagonists, and feature-length series tend to appeal more to readers.
The amount of effort it takes me to create a short story is about the same as it takes to write a longer one, the only difference being that the short story has to end after a few dozen pages. Even if I did have a good idea for a short story, I can't help but use it in my longer series for that reason. The stories in this collection are examples of what happens when an unexpected friendship forms between an editor and a manga artist.
When the editorial department asked me to write a short story, I was able to expand on an idea I had left out of one of my longer series, an idea that made me think, "Well, I could use this for a short story." I can't help but think it was fate. In the twelve years that it took for this book to come out, that feeling has became more and more deeply ingrained in each of my works.
”
—Hirohiko Araki
“
『ゴージャス＊アイリン』という初短編集が出たのが一九ハ七年だから、本タイトルが実に十二年ぷりの短編集という事になる。しかも二冊目。
なぜ自分は短編をあまり描かないのか？答えはアイデアを連載長編の方に使っちゃうからだ。長編の方には愛すぺき主人公がいるし、読者も短編よりは長編の方が魅力を感じてくれている。長編も短編もストーリーを０から作り上げていくのは同じ労力でも、短編は数十ページで終わりにしなくてはならない。だから、短編向きの良いアイデアがあってもつい長編の方に使ってしまう。
本書に集まった作品は、偶然に作られた編集者と漫画家の友情の結晶である。
「短編、描いてよ」っていう編集部の依頼がきっかけで、長編からはみ出ていたアイデアを、「ンじゃ、これ短編に使おう」って感じでふくらましていくので、自分としては運命的なものを感じてしまう。そして、十二年に一冊という事で、ますますその思いが各作品に深く入っていってしまう。
”
—Hirohiko Araki