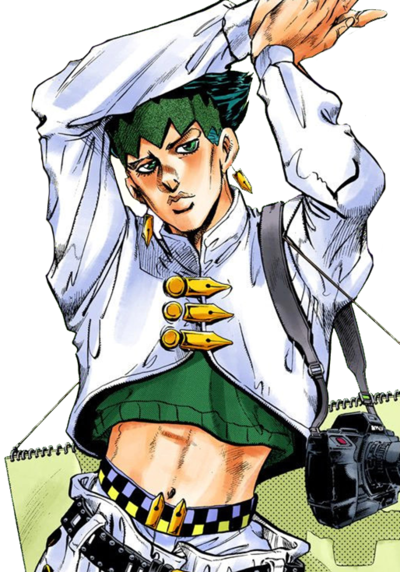 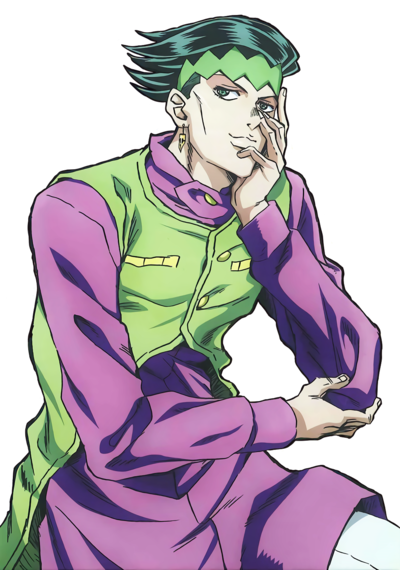 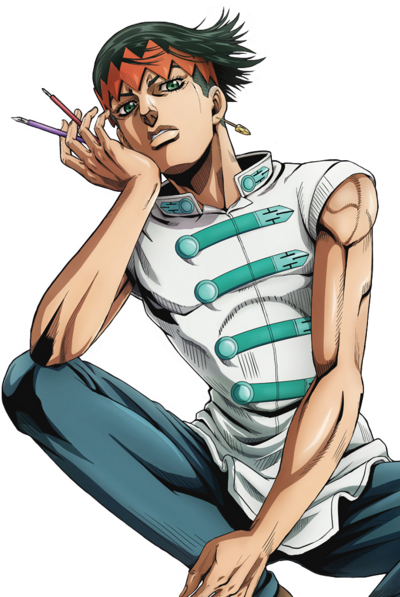 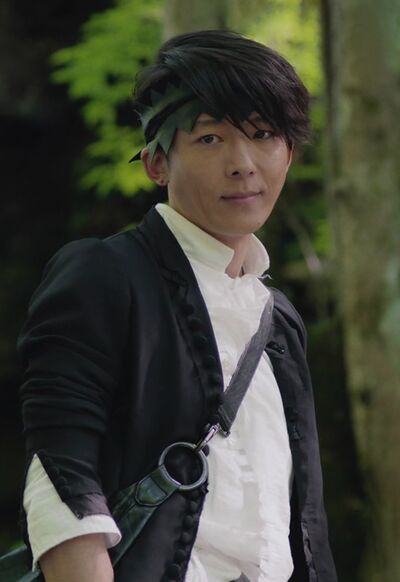 Rohan Kishibe (岸辺 露伴, Kishibe Rohan) is a primary ally featured in the fourth part of the JoJo's Bizarre Adventure series, Diamond is Unbreakable. He is introduced as an antagonist in the "Let's Go to the Manga Artist's House" story arc, but later becomes an ally and cooperates in the search for Yoshikage Kira.

He is notable for being featured as the main protagonist in a variety of spinoffs to the main JoJo story, including the series Thus Spoke Kishibe Rohan; Rohan au Louvre, and Kishibe Rohan Meets Gucci.

Rohan is an individual of average build and height. He has an undercut that is slicked sideways. While he regularly changes outfits, Rohan keeps his trademark headband and pen earrings in every appearance. He dons a variety of elaborate outfits throughout Diamond is Unbreakable and Thus Spoke Kishibe Rohan. 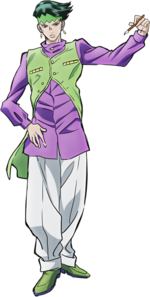 Rohan's most depicted outfit is the one he wears during the Rock-Paper-Scissors Kid Is Coming! story arc, which consists of a crop-top jacket buttoned with pen heads over a crop-top shirt, and baggy pants. Outside the manga, it's his primary costume in All-Star Battle and Eyes of Heaven. In his first appearance, Rohan adorns a baggy suit and pants, over which he wears a semi-unbuttoned vest.

During the Rohan Kishibe's Adventure arc, Rohan wears a dress shirt and tie, with the first kanji of his name, "Ro" (露), and the tip of a pen stitched onto the shirt. He also has baggy pants. During the I'm an Alien story arc, Rohan has a cold shoulder turtleneck crop-top, serrated with cuts all over and wrist-bands. He wears suspenders attached to baggy pants, along with Versace inspired boxers that are visible.

In Rohan's final appearance during the Another One Bites the Dust and Crazy Diamond Is Unbreakable story arc, he wears a longline waistcoat buttoned with a single pen tip on top of a crop-top with pen tips stitched on. He also has baggy boot pants, gloves, and a Gucci watch. 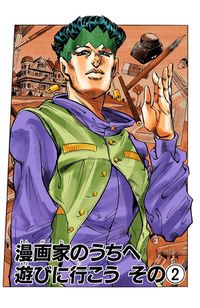 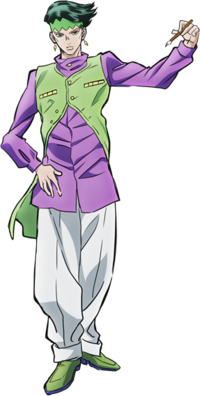 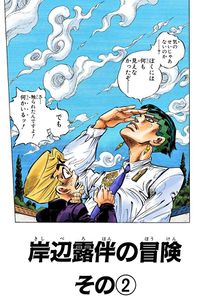 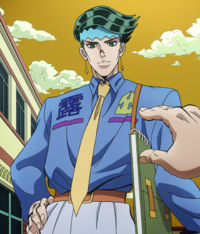 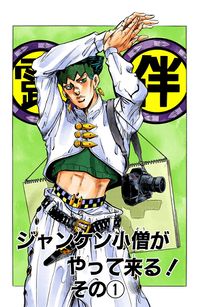 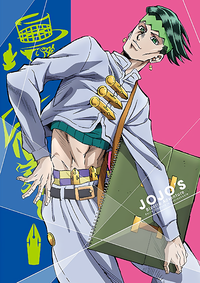 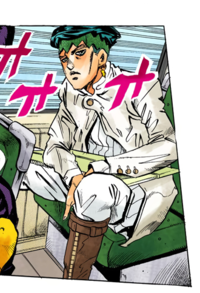 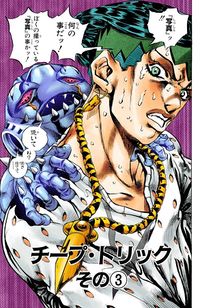 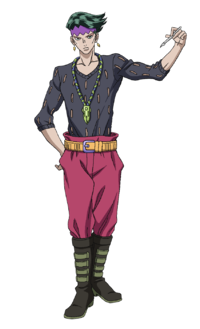 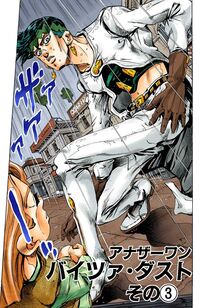 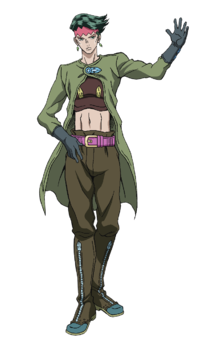 The outfit often worn by Rohan throughout Thus Spoke Kishibe Rohan consists of a dress-shirt and pants. There are front straps with pen tips at the end stitched to the shirt and sometimes the sleeves and collar, along with wristbands. Rohan wears a version of the shirt with long sleeves. The anime depicts Rohan with this outfit in the last episode of Diamond is Unbreakable exercising his hands.

In At a Confessional, Rohan wears a sleeveless crop-top shirt buttoned with pen-tips and baggy pants buttoned on the seams, along with a big wrist-band. In Mutsu-kabe Hill, he wears a light colored half-zipper sweatshirt and sweatpants. In Millionaire Village, Rohan wears a shirt serrated with holes that extends from the back and tucked into his pants, along with a pen tip choker. In Poaching Seashore, Rohan wears a short sleeve swimsuit with a pen tip for the zipper and gloves. In The Run, the outfit Rohan dons in the gym consists of a contrast shoulder panel dress shirt and sweatpants, with typical pen tips on his collar, sleeves and shoulders.

In the first season of the TV Drama, Rohan wears a white loose blouse with black threads, black jacket, pants and shoes, green headband, golden pen nibs earrings, and a grey net wristband. In the second season, he wears a white form-fitting shirt and pants, grey headband, grey pull-over with oval-shaped holes, and black leather Lewis AVIAKIT boots. In the third season, Rohan wears a black shirt extending to his legs under a white thin white coat with black trim. He also wears white trousers and shoes. He bears a large metallic bracelet on the left wrist. 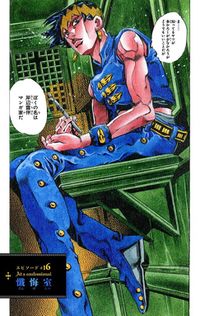 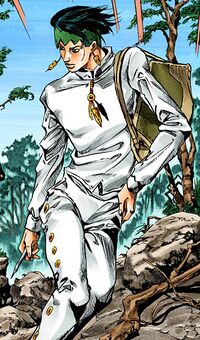 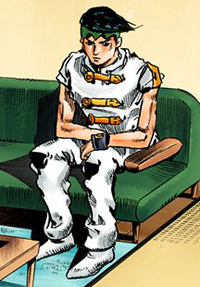 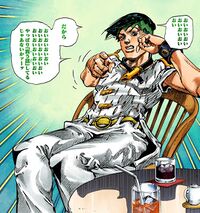 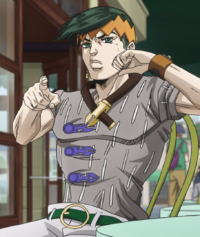 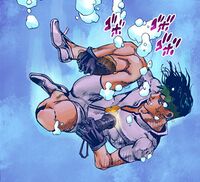 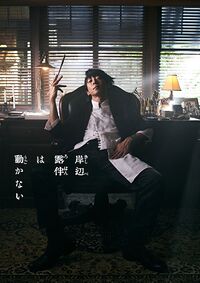 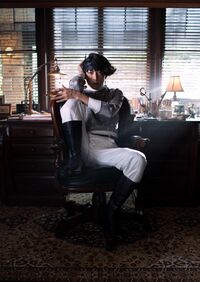 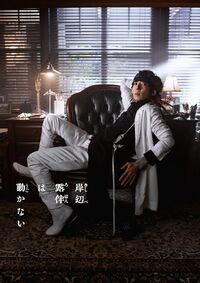 His arrogance is paired with his constant coarseness. While he may act with professional courtesy, Rohan is generally brash and impolite. Maintaining a thin veneer of civility, Rohan will usually make no secret of what he thinks of people which, combined with his arrogance, often earns him a mutual disdain with his interlocutors. Likewise, he also likes aggravating people he doesn't like, playing a game with Josuke with the declared intention to ruin him,[16] has also stated to liking put down people "in their place" by refusing their requests or orders[17] and is willing to tease or taunt an opponent. Rohan blatantly disregards courtesy for the sake of his goals, turning people into books on a whim and having at one point entered a confessional just to see the interior. But if he is disinterested, Rohan may also blatantly not remember an interlocutor's name such as Yukako Yamagishi at one point and distract himself while they talk.[18] He has also occasionally adopted a visible passive-aggressive behavior[10] and had no qualm punching an annoying Ken Oyanagi.[19] 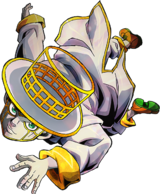 Despite loving his manga more than anything else, even over friends and family, Rohan still maintains relationships with the protagonists. Most if not all of which are strained.