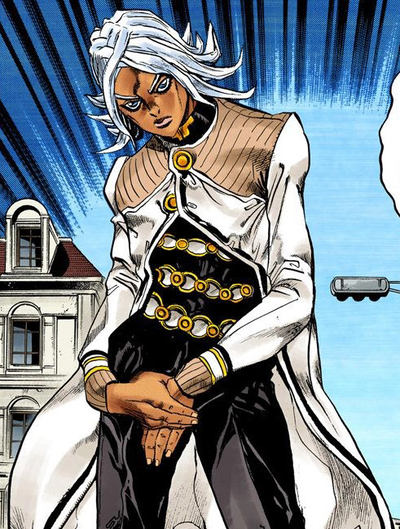 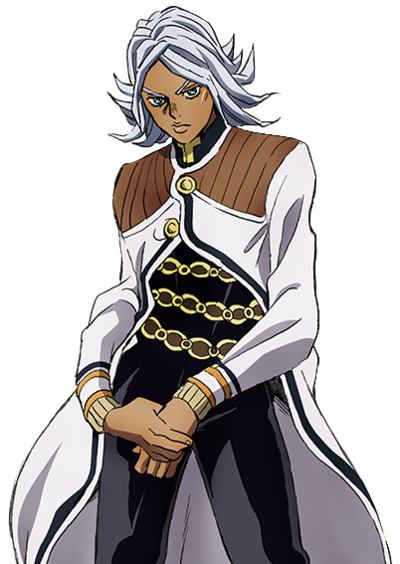 Terunosuke is a young man of average height and slim build. He has skin of a medium tone, light eyes, and light hair that is styled in a criss-cross pattern, framing his face and curling upwards at its ends. 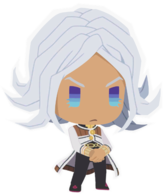