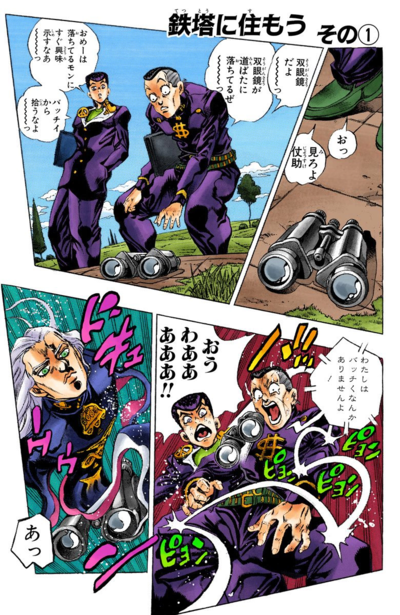 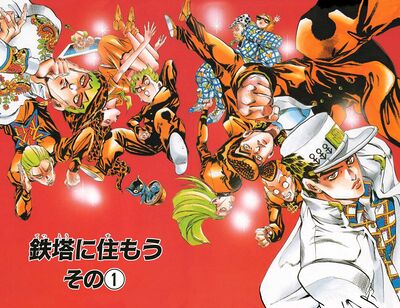 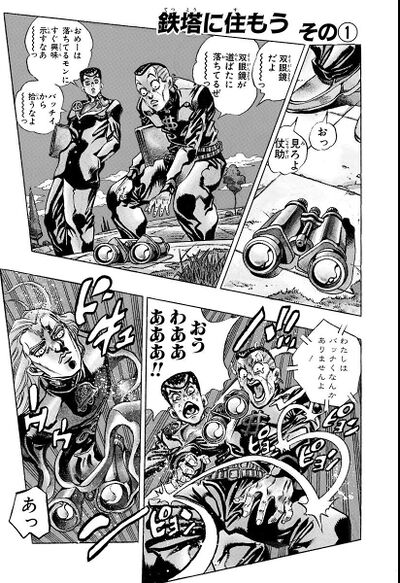 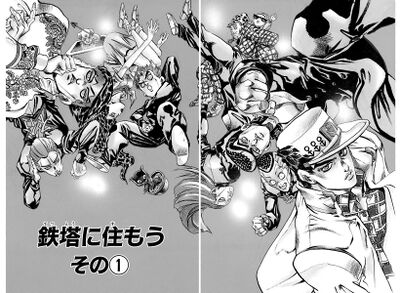 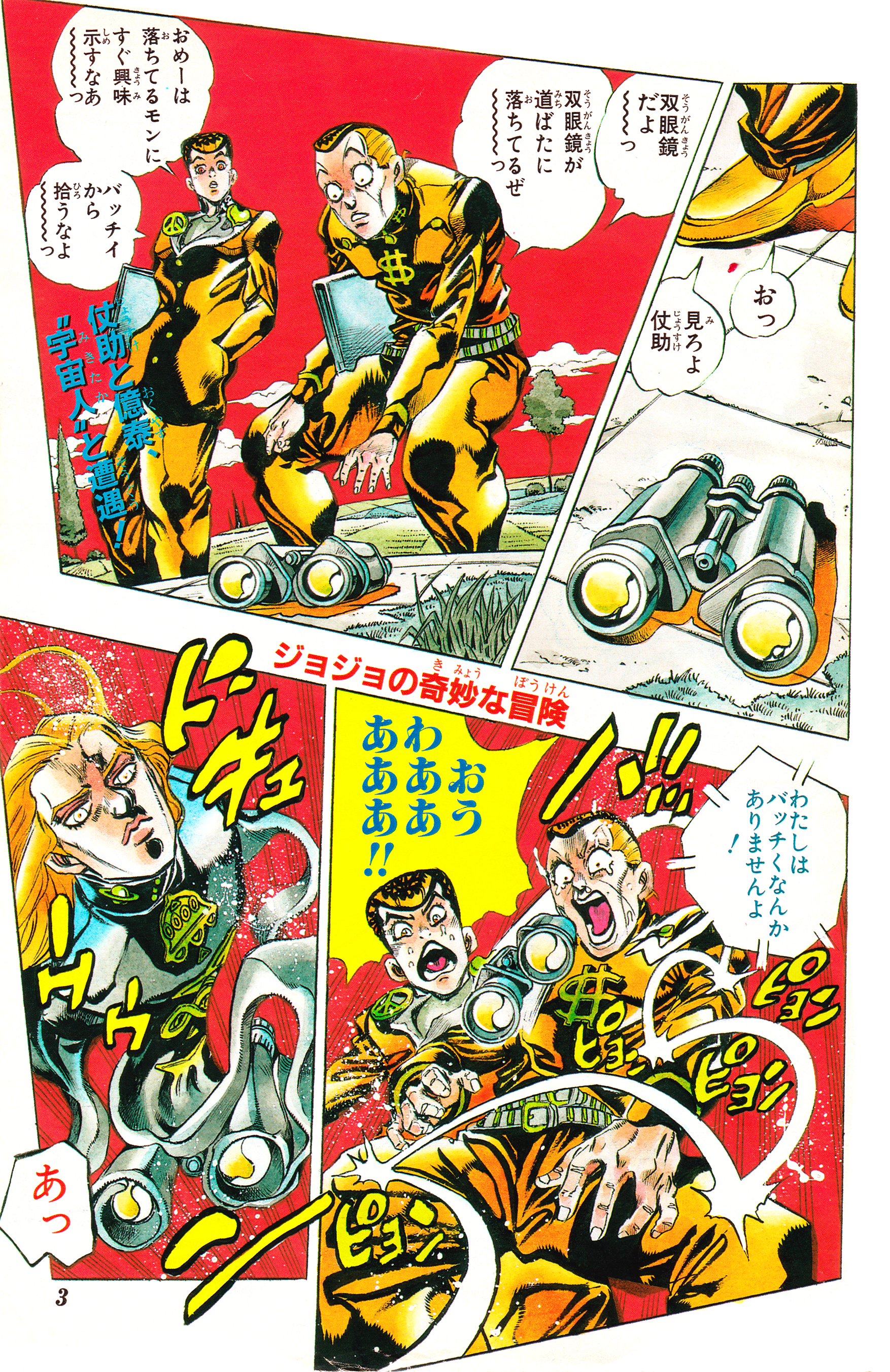 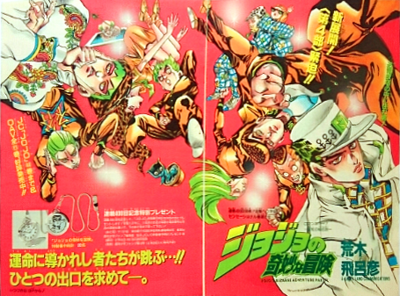 Let's Live on a Transmission Tower, Part 1 (鉄塔に住もう その①, Tettō ni Sumō Sono 1), originally The Man Living on the Transmission Tower! (送電鉄塔の中に住む男！, Sōden Tettō no Naka ni Sumu Otoko!) in the WSJ release, is the one hundred thirty-third chapter of Diamond is Unbreakable and the three hundred ninety-eighth chapter of the JoJo's Bizarre Adventure manga.

Josuke and Okuyasu find a pair of binoculars lying on the ground, but it ended up being Mikitaka who transformed into the binoculars while waiting for them. Mikitaka explains that he's spotted a suspicious decommissioned electric tower from which smoke is rising. Using Mikitaka as binoculars, Josuke spots a tea kettle in a burning stove, as well as clothes, and several pieces of furniture. Okuyasu takes the binoculars and sees a man catching a fish then immediately cooking it with vegetables grown on the tower.

Josuke and Okuyasu become enthusiastic toward the man's lifestyle. They watch him walking along the beams of the tower and nearly losing his balance, but then he suddenly jumps. To everyone's surprise, a bolt comes out of the tower, allowing the acrobat to ride it and reach the beam across from him. Realizing that the man is a Stand user, Josuke, Okuyasu and Mikitaka decide to approach the tower in order to investigate. The inhabitant spots them and notes to himself that it would be his first conversation with a real live person in months.