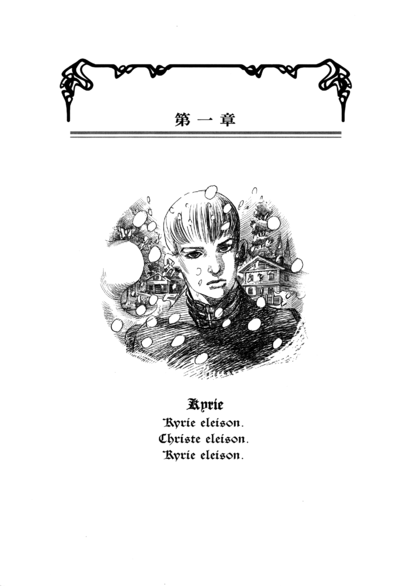 (The Book is not a chronological novel; it skips between different people at different points of time. This summary is presented in the same order the novel has presented it.)

At the beginning of the book, we see Koichi Hirose and Rohan Kishibe at a convenience store together. It is the winter break directly after the events of Diamond is Unbreakable. Rohan has just scattered a box of cat biscuits, looking for a cat that had made a mess of his workstation. As Rohan calls Animal Services with glee, they both notice a horribly disheveled cat across the street, covered in blood. The amount of blood hanging onto it would lead someone to think it was injured, but it seemed to be in perfectly good health otherwise. This marks the beginning of the end of an otherwise very long story. 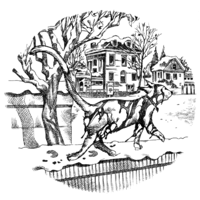 Akari Hirai was born and raised in Morioh, but she wasn't interested in it at all. She left the city for job opportunities, and returned a few years after that. She is surprised to see that the previously rural area had bustled into a new suburban town due to the success of neighboring S City. She eventually became attracted to Oogami Teruhiko, an architect, and become attracted to each other on a trip to Europe. One day, Akari gets a mysterious phone call from Hanae Orikasa who says that Oogami has been participating in highly illegal building techniques. After investigating, Akari doesn't see any illegal blueprints but she does find a duffle bag with at least 50 million yen inside. After calling Oogami about the situation, Oogami tells Akari to meet her on top of the company building that evening.

When they both arrive at the roof, Oogami starts to strangle Akari, and eventually pushes Akari off the roof, leaving her for dead. After a few hours, she is awoken by the rain, and finds out that the wet mud had cushioned her fall. This alleyway Akari now finds herself in has two building walls going straight up, and both ends have been sealed off with walls and electrical equipment. She decides that the next morning, she would call for help when everyone comes into work. The apparent isolation starts to take a toll on her, with her trying to remember her parents. A while later, Oogami finds her in the alleyway, congratulating her on her fortune.

We return back to Koichi and Rohan examining the cat. They find the cat's collar and decide to go to the owner's house. After ringing the doorbell to no answer, Rohan starts to walk along the side of the house. Once they come up to the windows, they discover a corpse with a horrible bruise on their upper right thigh in the living room. After determining the house to be fully locked down, they decide to call the police. Once the police arrive, Koichi tells them that based off the cat's collar, the victim's name is most likely Hanae Orikasa.

The story now introduces Chiho Futaba, a book-loving 12 year old girl. Due to her parents fighting so much, she ran from her home in S City and takes the express bus to Morioh. When she arrives at the bus terminal, she gets robbed by a high school delinquent. As he takes Chiho's wallet, a boy comes up from behind the delinquent. After insulting the delinquent, the boy pulls out a knife, and the rest of the encounter is unknown to her. The only result of it was that she was sitting alone at a bus bench with the delinquent's ear lying on the ground right next to her. She said she didn't remember the boy's face at all, but she had already engraved it into her mind so she would never forget.

While Chiho is in middle school, she discovers that she wants to be an author when she grows up, digging deeper into her love of books. When he progresses into high school, she attends Budougaoka High School, the same high school featured in Diamond is Unbreakable. One day, at the Morioh Municipal Library (referred to as the "Thorn Building", due to it being covered with many thick thorn vines), she notices the same boy who saved her from that delinquent four years ago. Shortly after, she finds a loose piece of paper, looking to be a part of a book. After telling the librarians who couldn't figure out which book it belonged to, the boy came up to the counter, and after looking at the page, he finds the exact book and replaces the page without any indecision. After Chiho confronts the boy, she finds out that he has memorized all of the books in the library.

After Chiho asks him about the events of October 21, 1995 (the day she was saved from the delinquent), he says Chiho probably has him confused with someone else. He says his name is Takuma Hasumi, and he is 17 years old. After a few months, they become acquaintances with each other. After spending time around him, she notices parts of his personality, like how he skips Physical Education classes in order to avoid taking off his jacket, and how he liked to visit all sorts of places, from bookstores to one very specific house (shortly revealed to be Akari Hirai's house). He states that the couple who lived there were acquaintances of his, and that he didn't have a family of his at all.

On June 10, 1982, a baby was discovered on the steps of a temple, and the head priest called Child Welfare Services, who was moved to a home for infants. The director of the home named the child Takuma Hasumi. Takuma stayed there for a year, and then he was moved to an orphanage. When Takuma turned 5 years old, he met with a 3-year-old child named Crybaby Boy. Because Crybaby Boy was abused by his stepfather, he would cry loudly every night. Because he never stopped crying, the other children wouldn't get any sleep and would beat him with pillows. Takuma took pity upon Crybaby Boy and would tell him stories. He would continue to tell him different stories every night so Crybaby Boy could go to sleep in a good mood, forgetting to cry. Because he was able to recount the stories so perfectly, the adults of the orphanage thought that Takuma was a genius, and they took Takuma to a college research lab. They determined that Takuma was able to memorize anything he could see.

In his second year of elementary school, Takuma was hit by a car while crossing the street. Takuma was hit in the right side of his body, and was in a state of unconsciousness for several days. While in the hospital, the amount of memories Takuma had accumulated had finally started to reach its limit. Takuma was physically unable to forget anything he had seen. No matter how good or bad the memory was, Takuma would continue to remember it down to the finest detail, and kept falling down a rabbit hole of memories as they kept chaining together, playing in explicit detail. Around the time he turned 10, Takuma locked himself in his room in order to avoid having to endure another "memory collapse". In order to prevent it from happening, he unconsciously scratched his arms with his nails.

One Sunday afternoon, Takuma used a pair of scissors to cut open the blood vessels in his arms, attempting to commit suicide. Takuma felt tranquil as the blood left him, but he awoke in a hospital. Takuma kept trying to kill himself, and jumped out of the third story window at one point, breaking his ribs to the point that his entire body figure changed. Takuma started to feel the amount of information he had in his brain start to press into his skull, until eventually he realized that he was someone's child, not someone who had manifested out of thin air. Takuma then noticed a book lying next to him on his pillow. With the arrival of this book, he started to recover miraculously, and stopped having memory collapses.

When he was released back to the Orphanage, he noticed that this leather-bound book wasn't all cut-up like it was in the hospital, just slightly scarred. Takuma realized that this book reflected his own body, and became scared of it. No matter how he tried to get rid of it, it would always reappear next to him. He also noticed that no-one else would even notice it at all. Eventually, Takuma decided to read this book, and found that it was all of his own memories in the first-person, converted into a single book. 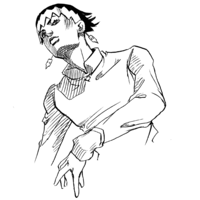 In Rohan Kishibe's house, Rohan is meeting Koichi Hirose, who ponder upon the case of Orikasa Hanae. The newspapers had started to publish it and rumors about the cause of death had floated around, but no more details were ever divulged. Orikasa lived alone, and had no shortage of money. Rohan concludes that she was in a car accident inside her own home based on images he had seen previously. Another thing Rohan notices is that Orikasa was 169 cm tall, meaning that the average car bumper would hit her at her knee-level, not her upper femur. After stating all this Rohan brings Trinita out and uses his stand, Heaven's Door to read the cat's memories. It talks about how Orikasa met with a boy at the window who had red scratch marks on both of his arms, with Orikasa suddenly dropping dead. Based on the description of the boy, they assume it's a middle or high school student, and that Orikasa was definitely murdered.

On January 6, 2000, the last day of winter vacation, Takuma is sitting with Chiho in the Thorn Building. Chiho is looking for The Enigma Book, while Takuma is reading a book in his mind. After a fruitless search, Chiho brings up the mysterious death of Orikasa Hanae. After discussing it for a while, they go to the north-east section of Morioh, where Takuma's house is. There was a joint-suicide in this house, leaving body marks on the floors, so Takuma is able to rent it for dirt-cheap. As he goes to sleep, he reflects on his murder of Orikasa Hanae, and how she was his father's former lover.

(As a book) (Mentioned only)
Terunosuke Miyamoto
Stands