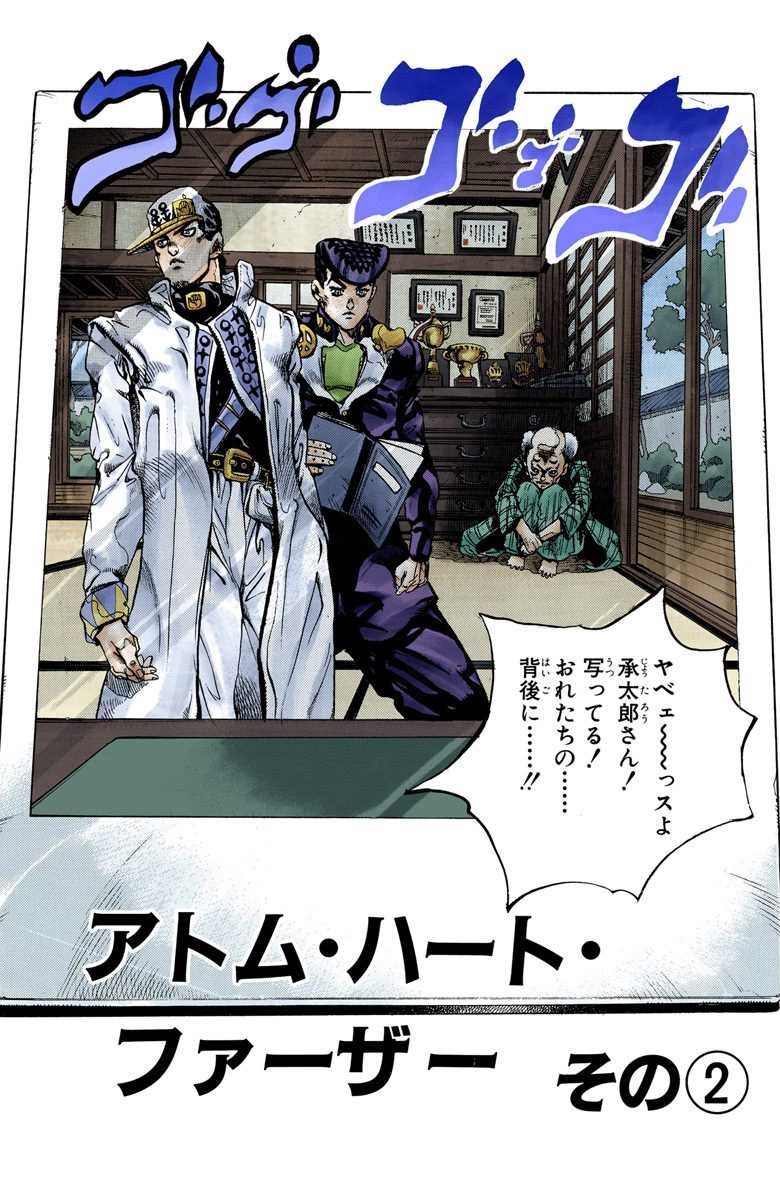 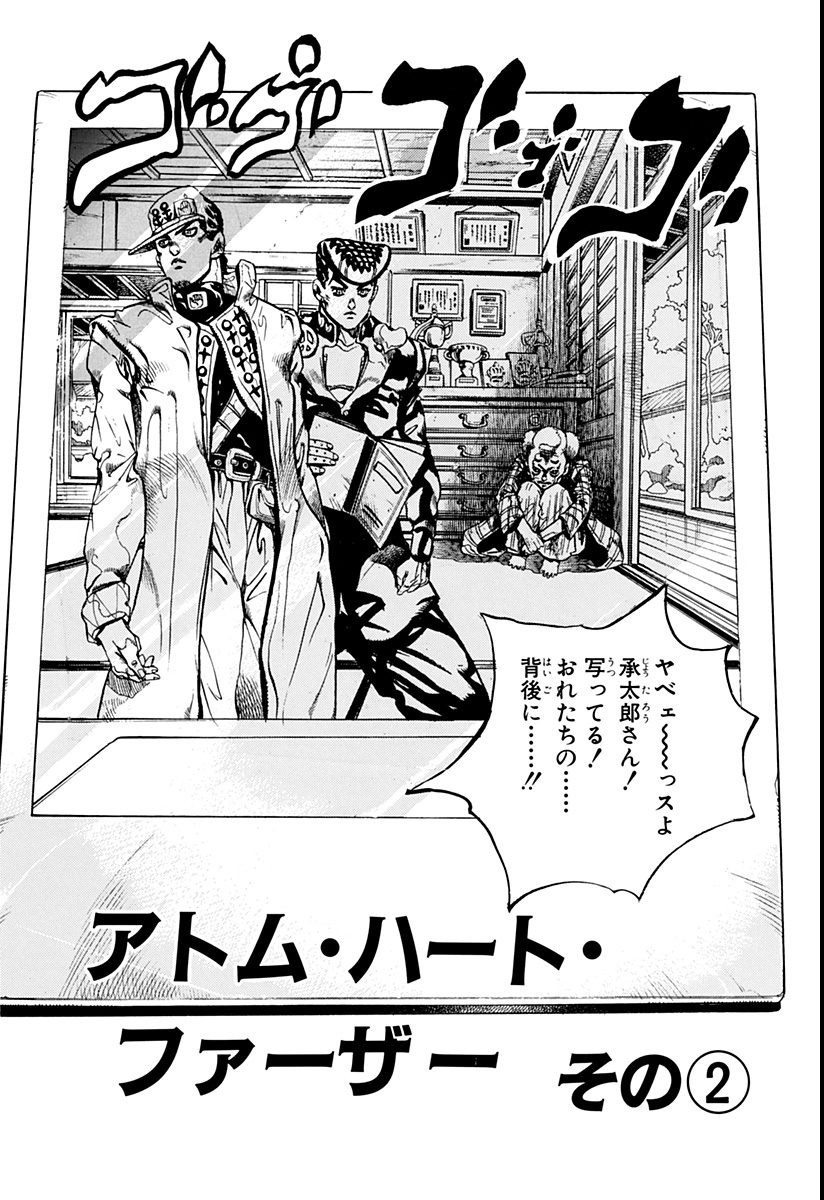 Atom Heart Father, Part 2 (アトム・ハート・ファーザー その②, Atomu Hāto Fāzā Sono 2), originally Within a "Photo"!! (『写真』の中!!, "Shashin" no Chū!!) in the WSJ release, is the one hundred first chapter of Diamond is Unbreakable and the three hundred sixty-sixth chapter of the JoJo's Bizarre Adventure manga.

Alerted to the ghost of Yoshihiro behind them as told in the photograph, Josuke and Jotaro look behind them but fail to see the old man. Josuke immediately freaks out, stating that Kira's dead dad is haunting his house, but Jotaro says it may be similar to Reimi's situation. Josuke calms and comments that Yoshihiro looks as if he's saying "go away", which results in the phone ringing nearby where the picture says he sits. Josuke, although scared, comments that they should stay and keep looking considering the strange occurrences only begun to happen when Jotaro said to keep searching.

The phone leaps off the desk and begins to float, however, with the voice on the other line berating Josuke for letting it ring forever. It flies and slaps Josuke in the face, catching him off guard and cutting his lip. While Josuke changes his mind and calls Yoshihiro a poltergeist, Okuyasu and Koichi drop by to see what's causing all the commotion. They get there in time just to hear the voice on the phone threaten that they'll never leave, and it reveals itself to be Yoshihiro by stating that he'll kill anyone who tries to hurt his son. Although Josuke questions if Yoshihiro knows what his son has done, Yoshihiro ignores him and says he became a ghost just to watch over his child. Josuke challenges Yoshihiro and Jotaro steps in, notifying Josuke of the photograph: now, the Yoshihiro they saw in the picture is holding the telephone, still curled on the ground and staring up in anger.

Jotaro bets that his movements in the picture match what happens in the house, and in response the phone goes flying at Josuke again. With the use of Crazy Diamond, Josuke breaks the phone, but it stills ends up hitting him square in the temple; this is because in the photo, Yoshihiro threw the phone, causing it to break against Josuke's head. Looking at the photo, it reveals Yoshihiro has found a knife, and he begins to stand up and walk towards the Josuke and Jotaro in the photograph. Due to Koichi pointing out that Rohan could use Heaven's Door on Reimi, despite her being a ghost, Josuke opts to tear the picture up... only to tear apart Jotaro's face in the photo, causing similar injuries on the Jotaro right in front of him.

The places where Josuke tore the photo inflict similar wounds on the two, but also cuts them completely into bloodless pieces. Quickly Josuke fixes the photo with his Stand, healing them all of their injuries, but it alerts Yoshihiro of them having similar abilities to his son.