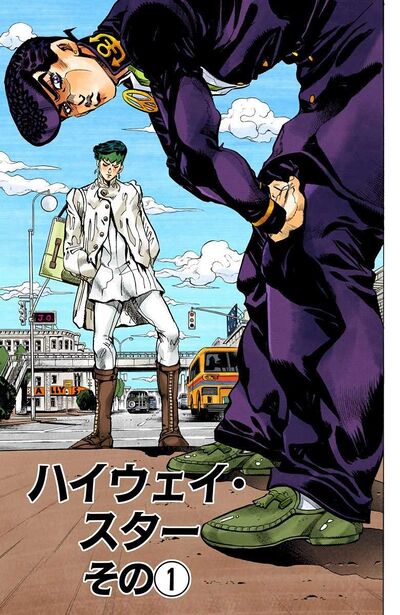 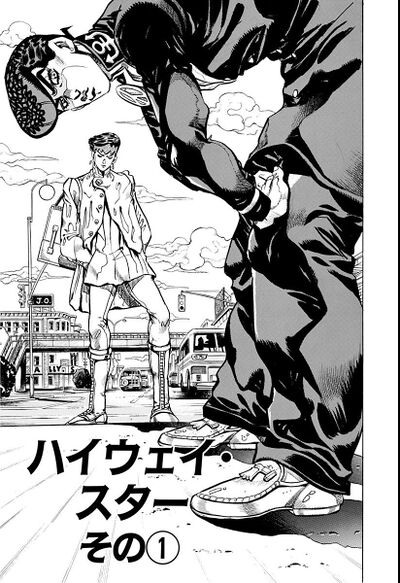 Josuke meets Mikitaka in the streets along with a woman who is revealed to be his mother. She is exasperated by her son claiming to be an alien. Josuke's confusion is only increased when Mikitaka whispers to him behind her back that he used brainwashing on her and made her believe that he was her child. Observing the scene from afar, Yoshihiro is as confused as Josuke but dismisses the whole affair to declare the next Stand Highway Star will defeat his son's enemies.

Josuke takes the bus and meets Rohan, who due to yesterday's dice game, is still mad at him and the journey on the bus is tense. In a tunnel, Rohan sees a room in the side of the tunnel where one man is cutting a woman's hand off. Rohan soon notices that he, among everyone on the bus, is the only one to have seen that room and suspects that the man he has seen is Kira.