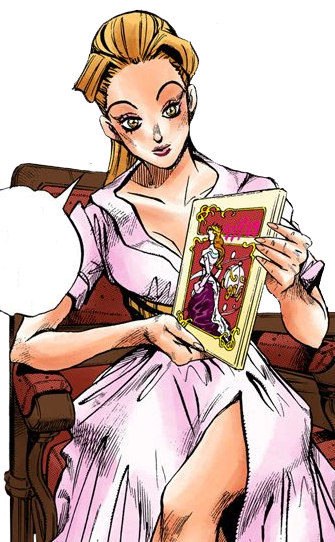 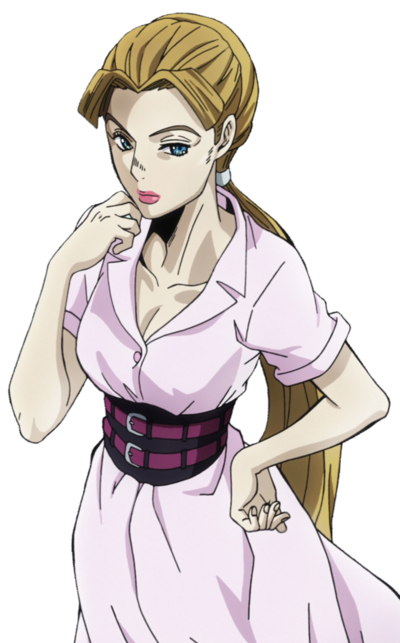 Eyes of Heaven
For a similar character, see Aya
“
I didn't open this salon for the money. It's because I wanted to make people happy like the fairy godmother in Cinderella.
”
—Aya Tsuji, Chapter 352: Yukako Yamagishi Dreams of Cinderella, Part 5

She's an esthetician who runs a beauty salon called Cinderella in Morioh. When Yukako Yamagishi enters her clinic, Aya modifies her face to be more attractive. Aya is a Stand User, and works through her Cinderella.

She wears a light dress with a thick corset belt at her waist, two smaller belts buckled around it, and a pair of sandals.

Ever since she was a little girl, Aya Tsuji wished to bring happiness to others just like the fairy godmother in Cinderella. And so she went to train as an esthetician in England, winning various awards from esthetician competitions around the world, including Paris, London, New York, Los Angeles, and Milan. Aya eventually opened her own beauty salon named "Cinderella" in Morioh, where she uses her Stand to perform beauty treatments on young women so that they can "find their true love."

Aya is introduced as an esthetician that helps women find their true love. She meets Yukako Yamagishi just after being thanked by another customer, who's found the love of her life. Yukako, depressed that Koichi Hirose isn't interested in her, seeks the help of Aya to get a new face so that she will be able to charm Koichi. However, Yukako is also skeptical about Aya's method. The beautician invites Yukako inside and presents herself. Examining Yukako, Aya shows her the little imperfections that make her unable to find love. Aya offers Yukako a refundable "to find love" operation and the young girl accepts. Thus, Aya asks her to close her eyes as she summons Cinderella and begin her operation. Yukako ends up seeing how well the treatment works, but the effects end after half an hour.

Araki revealed that he hadn't thought about using Aya's ability in the Sheer Heart Attack story arc until the last moment, where he suddenly recalled her existence and how useful her ability would be in Kira's dire situation.[2] 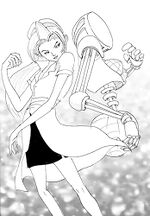 Like her original universe counterpart, Aya Tsuji (Universe 37) runs a beauty parlor named Cinderella. Rohan Kishibe (Universe 37) describes her line of work as hardly legal as she swaps body parts, and although she isn't a bad girl, she walks a very thin line.

Although beauty parlors rarely have male employees, Aya has one to help her with her secret work. Rohan says that the man is more of a gigolo, although Rohan has never met him. According to Yamagishi (Universe 37), the man is middle-aged and not bad looking.