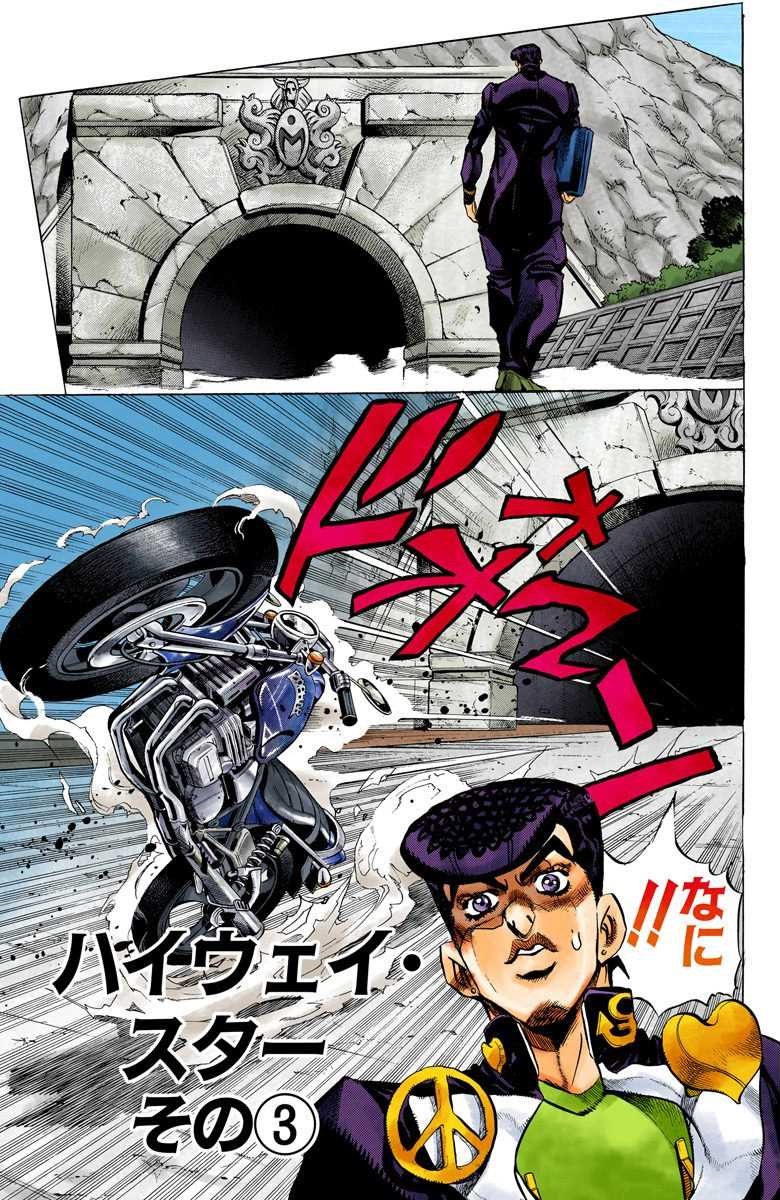 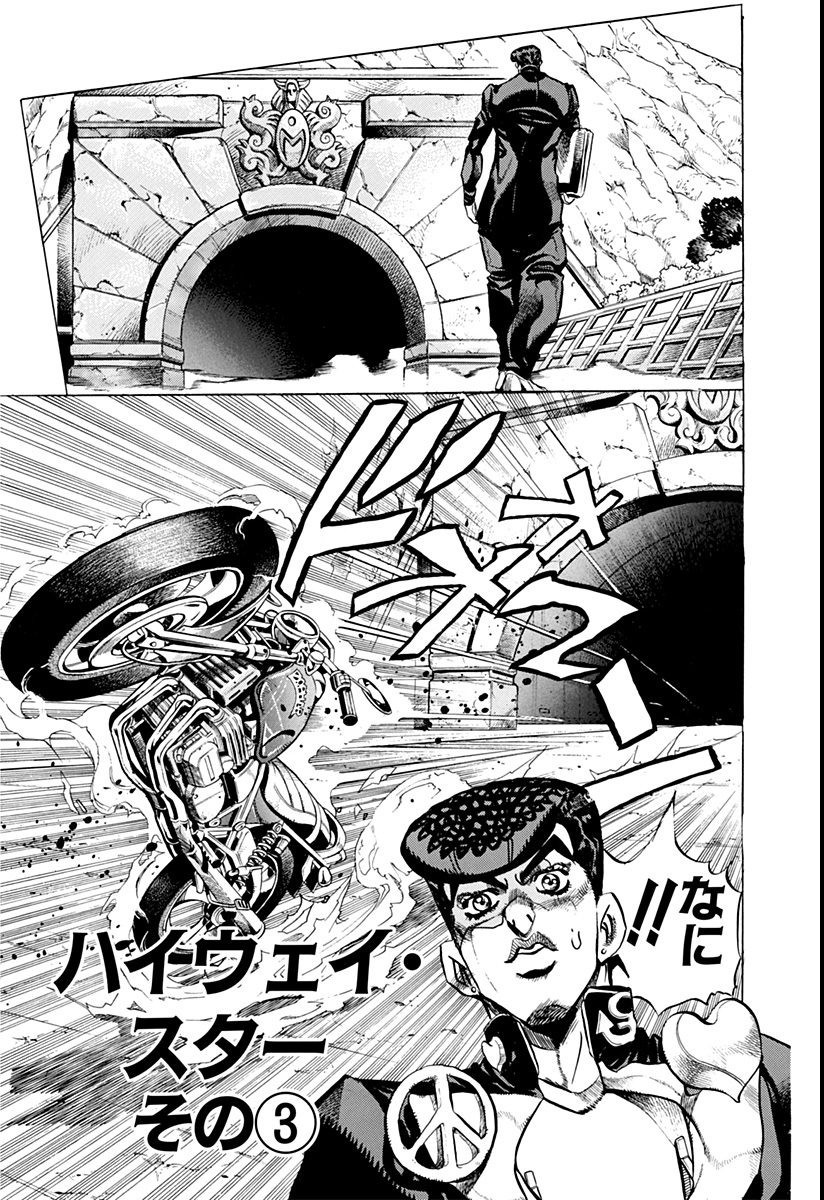 When Josuke returns to the tunnel, he sees Rohan's bike suddenly coming out of it and crashing into a wall. Meanwhile, the footprints catch up to Rohan and assemble themselves into a full Stand, named Highway Star, that siphons Rohan's strength. As a result, Rohan cannot even use Heaven's Door and is utterly defeated. When Josuke calls for Rohan, Highway Star interrupts his attack. Josuke then enters the tunnel and sees the ominous room, with Rohan inside.

Hiding behind Rohan's back, Highway Star tries to tempt Rohan into luring Josuke in, promising to spare his life; but Rohan challenges Highway Star and warns Josuke to stay away. Regardless, Josuke steps into the room, intending to beat up whatever is inside. Highway Star now has Josuke's scent and attacks him, but Rohan uses Heaven's Door to make him fly backwards at 70 kilometers per hour.

Before Highway Star sucks up all of Rohan's energy, the mangaka explains how the enemy Stand functions and tells Josuke to look for the user. Now outside of the tunnel, Josuke repairs Rohan's motorcycle and prepares to battle Highway Star.