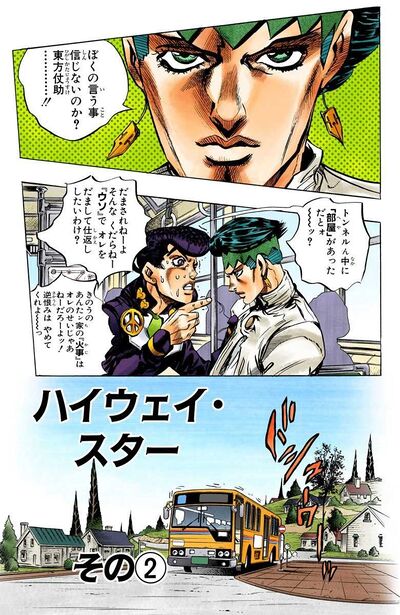 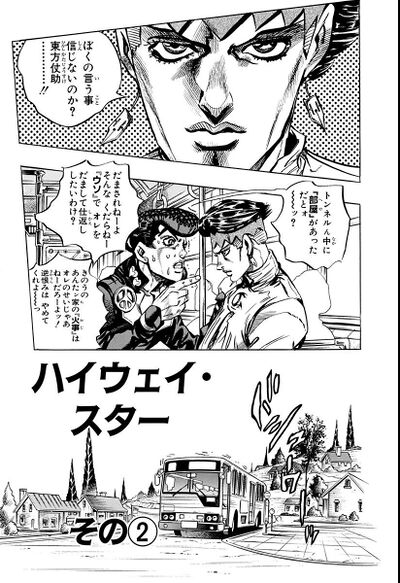 Josuke doubts that Rohan has actually seen a house built inside the tunnel. He suspects that Rohan is planning retribution for the time Josuke cheated on their game of cee-lo. They argue, and Rohan ends up going to the tunnel alone.

In the tunnel, Rohan concludes the room wasn't a hallucination, and could only be an enemy Stand or a trap. Nonetheless, he starts to search the room. After a few minutes, Rohan falls from his bike into the "room", where he hears a sound coming from a wardrobe. Afraid, Rohan runs away from the room as fast as he can. He can't see anyone but still knows that something is coming for him.

As he exits the tunnel Rohan thinks about telling Joseph about the Stand room, and figures out he is still being followed by an invisible Stand which can only be seen by its footprints. As he accelerates, he discovers that it's a remote Stand which can only reach 60 km/h but does not seem to decelerate at all. Rohan tries to turn the footprints into books, but they start to suck his energy. Struggling, he is taken back to the tunnel. Meanwhile, Josuke decides to enter the tunnel.