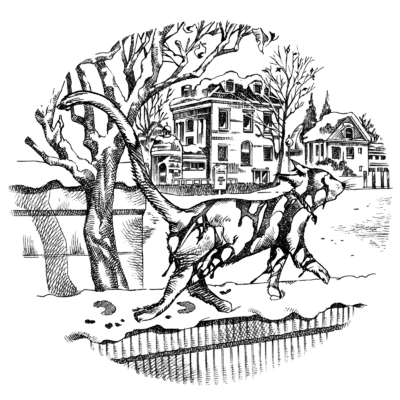 Roll around balls of yarn[1]

Trinita (トリニータ, Torinita) is a minor character who only appears in The Book: 4th Another Day, a light novel based on Diamond is Unbreakable.

Trinita is described as a female white cat with a pretty face and short fur.

The cat has a black cloth collar with a silver heart-shaped nameplate hanging from it, along with a phone number and the owner's name written.[1]

Trinita spends her days with Hanae and expresses affection towards her. According to Heaven's Door, her favorite hobby is playing with balls of yarn.

Trinita is a cat who, alongside her mother, belongs to Hanae Orikasa.

Trinita sees Hanae talking with a "student with red marks on his arms" moments before her master's death and escapes to the street, soaked in blood. Trinita is eventually found in a bloody state by Rohan Kishibe and Koichi Hirose, who found Hanae's body when looking for Trinita's master. Trinita is kept at the police station during the investigation, but is retrieved from there by Koichi so Rohan could use Heaven's Door on the cat and find clues about who was the killer. Koichi then takes Trinita back to the police station.