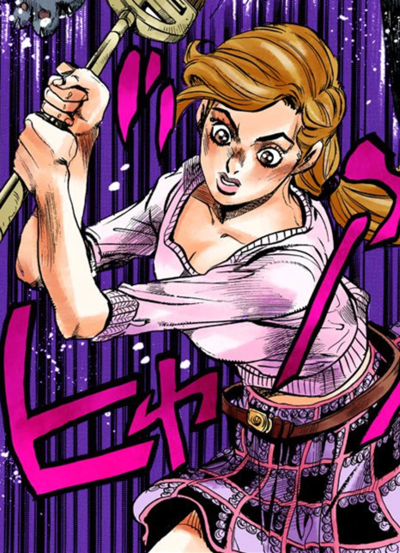 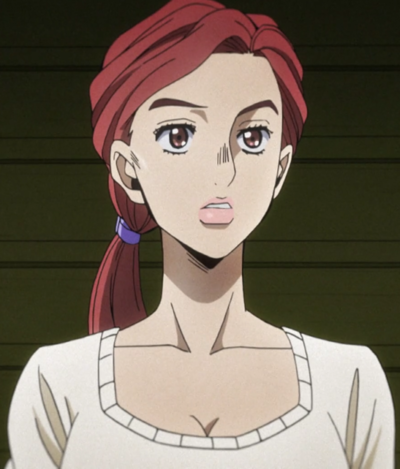 Stardust Shooters (Playable)
“
I suddenly fainted in front of him... How embarrassing. But... He took care of me, even though it made him late to work. I was so happy.
”
—Shinobu Kawajiri, Chapter 396: Cats Love Yoshikage Kira, Part 5

Over the course of the story, Shinobu falls in love with Kira

The information below derives from JORGE JOESTAR which was not written by Araki. As such, it may not be considered canon.

In the light novel JORGE JOESTAR, an incarnation of Shinobu lives in the 37th universe. She appears the same and is still the wife of Kosaku (Universe 37) and mother of Hayato (Universe 37). However, she works as an election official. After detectives get closer to finding Yoshikage Kira (Universe 37), he brutally murders Shinobu and Hayato.[2]

In one of D4C's parallel worlds, Jorge Joestar (Universe 37) and Kars suddenly enter her house one day while Shinobu and her family are eating dinner.