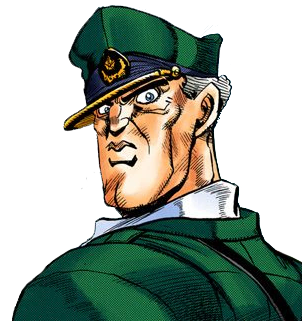 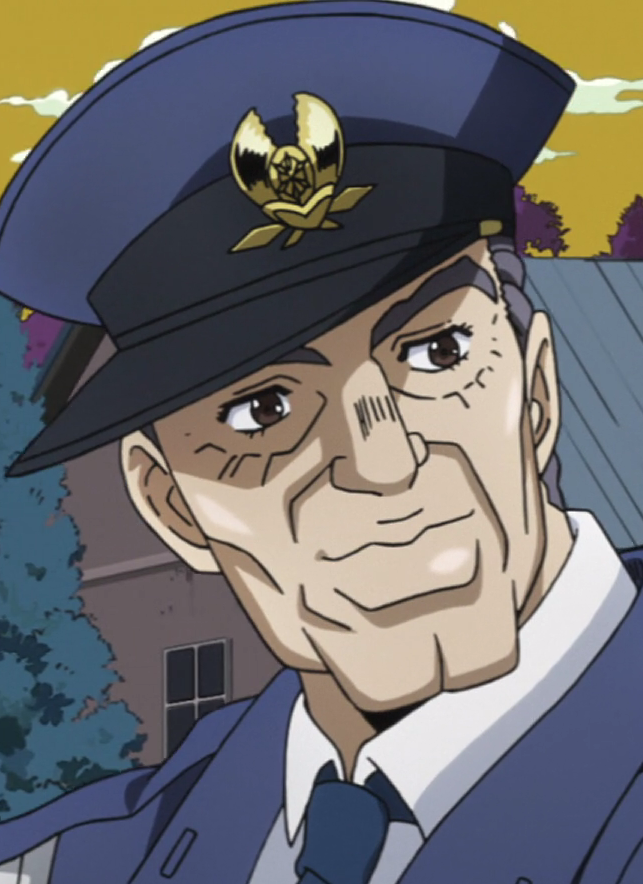 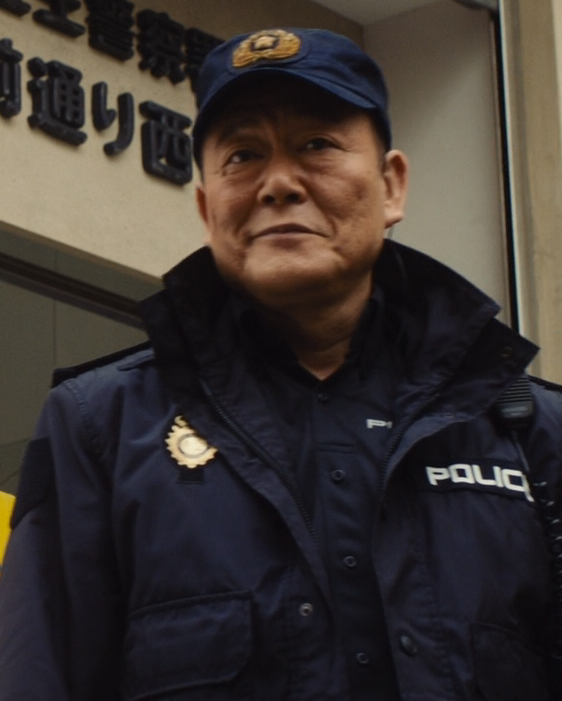 Ryohei is a middle-aged man with a large cleft chin and short, graying hair. He wears a typical Japanese police officer uniform for springtime consisting of a hat with an emblem on the front, a coat with a white dress shirt and a dark tie underneath, and trousers. 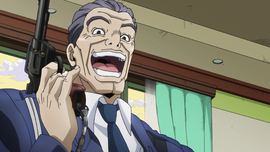 The next day, Ryohei returns home after working overnight and asks Josuke how was school. Josuke explains that he is waiting for somebody to come over soon and that Ryohei should go bother Tomoko instead. Josuke walks to the window to talk with Jotaro, but while doing so, Ryohei sees the bottle that contained Aqua Necklace. Tricked by the Stand to think it was a simple whiskey bottle, Ryohei opens it, causing the Stand to escape and attack him. Turning around, Josuke finds Ryohei injured on the ground bleeding from his eyes and mouth. Josuke is able to heal his physical wounds but realizes he is already dead. His room is left as it was before Ryohei's death, as a symbol of his memory until his daughter gets the courage to take care of his belongings, and his death causes Josuke to vow to rid the town of Morioh from evil Stand users. Aside from Josuke and Jotaro, it was believed that his death was caused by a brain tumor.[12]