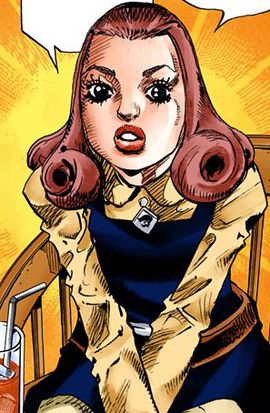 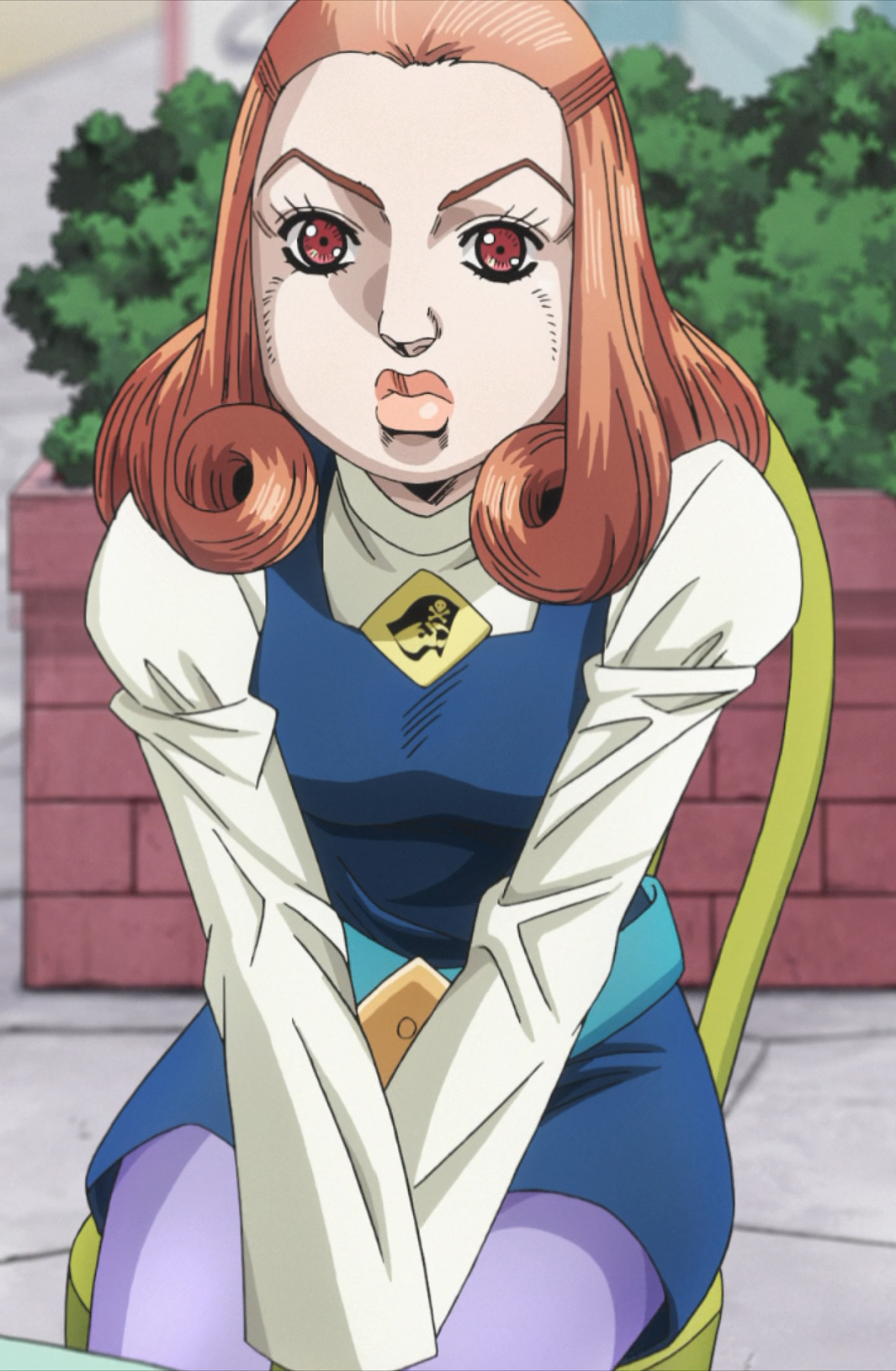 TSKR Episode 5
Episode 5: Millionaire Village
“
Sensei, won't you go to do research there? When I buy this villa of good fortune...?
”
—Kyoka Izumi

Kyoka is a rather petite woman. Her hair is combed back and on each side it loops into puffy curls. She wears a long-sleeved, almost turtleneck, loose top under a dark colored skirt. The skirt hangs from her shoulders down to her mid-thighs. On the bottom of a cut-out section at the chest of the skirt sits a diamond-shaped brooch. A thick black belt with a light outline surrounds her waist. Later on, while hiking, Kyoka wears a jacket with a belt. The jacket is only over her torso and is accompanied by a small backpack.

Kyoka Izumi is a conceited but well-meaning editor.

In general, Izumi has a mildly arrogant attitude hidden behind her easy-going demeanor. For instance, she casually disregards one of Rohan's ideas for a new comics after briefly feigning interest to subtly push her own suggestions unilaterally. She is also described by Araki as highly ambitious and coming from an upper-class family.[1] In accordance to that description, Kyoka becomes very interested in the Millionaire Village which could make her rich.

Nonetheless, Kyoka is also well-meaning and brings Rohan along to give him an interesting event to witness. She also sees a hatchling and decides to help it go back to its nest (after her deal).

Kyoka is a Shueisha manga magazine editor seen having a discussion about Rohan Kishibe's new one-shot about the solar eclipse. Izumi mentions that he should write about a village in the mountains she decided to live for the price of 3 million. Rohan's seems confused as to the relevance behind this, but Izumi claims that the house is located in a village of 11 Palatial mansions. Each mansion is owned by a millionaire who had all mysteriously become rich at the age of 25 after moving into the village. She asks Rohan to come with her when she buys the house, since the legend may end up becoming a good prompt for his one-shot.

On the way, Kyoka mentions that the people in the village are in-tolerate when it comes to bad manners, not selling it to anyone without manners, and will eventually kick them out. She feels hesitant, as Rohan tends to put himself as #1. She practices with him before entering the village, but is cut-short when they find a baby chick who had fallen from a tree. Izumi places the chick in a candy box, and decides to find the nest later. The front door to the gate opens and a butler-like man walks out.

The man reveals his name to be Ikkyu, and his job was to escort them from the main entrance to his master's house, who was selling it. He leaves them with some tea in one of the rooms and goes to call for his master.

When the butler leaves, Rohan suspects something to be amiss. He senses that some type of test has commenced, and drinking the tea properly may possibly be a test to see if they have proper manners. He thinks that someone may be watching the room, but Kyoka disregards his warnings and drinks the tea.

Ikkyu appears almost immediately after she drinks the tea and asks them to leave. He mentions that Izumi had already breached three rules of good manners and will not sell the land to rude people. Kyoka is confused, but Ikkyu goes on to explain that the first rule that was broken was that, as guests, they should have not shamelessly sat in the "seats of honor," which are located across the entrance. Until the host arrives, the proper thing to do was to wait in the lower seats facing the other wall. The second rule that was broken was that they should have not stepped on the edges of tatami mats of a Japanese-style room. Finally, the third rule was when one's knees are higher than the height of the table, it is proper to drink while holding the saucer. It was apparently unrefined to hold the teacup by placing the fingers through the handle. With the explanation over, Ikkyu asks for them to leave again.

Kyoka begs Ikkyu for another try at displaying good manners, which the butler complies and goes to ask his master. Rohan seems uneasy about the situation, and suggests they leave. He reaches into his pocket briefly, only to realize his hand had been covered in blood. While he pulls out what appears to be the candy box the bird was in from his pocket, Kyoka's phone goes off and she answers it. Apparently, her mom had a sudden heart attack in the car and crashed. Kyoka's fiancee had also been in the car. They were both killed. Rohan notices the bird in the box is dead, as multiple critters are crawling out of it. Ikkyu returns and Rohan quickly becomes threatened.

Ikkyu says the owner gave permission to retry showing their manners, but Rohan disregards this and quickly uses Heaven's Door on the butler to find out what's going on. He learns that the village is under a certain curse where those who show manners gain something, while those who don't lose things one by one. Rohan realizes the true identity of the master was that of The Gods of the Mountain. Rohan continues to read the butler's information and realizes that he too had broken a rule regarding turning the butler into a book without permission, and thus Kyoka suddenly starts having a heart attack.

Rohan begs the butler to forgive her, but he says there is no compromise when it comes to manners. Rohan is given another chance at showing good manners and passes the test, as well as tricking Ikkyu into stepping on the edge of a tatami mat

, breaking a rule. To do this he writes "I cannot see the edges of the tatami mats" with Heaven's Door. Rohan claims victory and asks for Kyoka's things to be returned to her. Thanks to Rohan, Kyoka recovers from the sudden heart attack.

Ikkyu says Rohan cheated, and that cheating would incur the wrath of the gods. He asks Rohan again if he would like to try again to show proper manners, but Rohan declines the offer, and states that he is leaving and will never come back. He carries Kyoka outside of the village and notices the chick in the candybox had returned to a healthy state.

At the end of the OVA, though original, it is revealed that Kyoka's mother and fiance were just being rear-ended, and they are all safe.