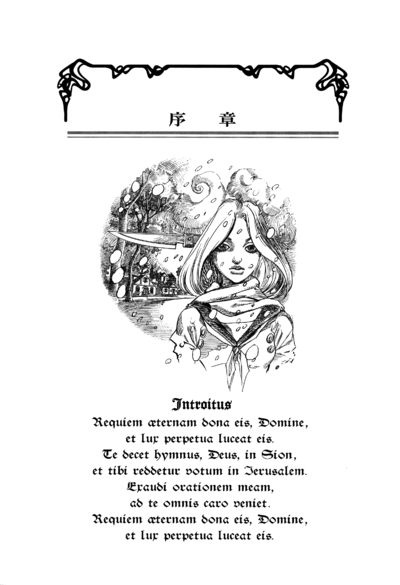 In the town of Morioh, another day begins for Koichi Hirose who observes the townspeople as they go by. Koichi narrates about the rumor of the man who lived in the power lines. One day, after initially believing it was only a tale, he decided to use his binoculars to find the power line in question. Unsurprisingly, he saw the hermit Stand user Toyohiro Kanedaichi living a seemingly normal life several meters above the ground. His "home" is complete with a frying pan, a portable stove, and even a futon. Despite being unable to leave the tower, he manages to sustain himself and has lived a full life for months with the help of the people coming to visit him and give him candies and spices. At one point, he became known as the iron tower man of Morioh.

Meanwhile, Chiho Futaba and Takuma Hasumi walk home together, discussing about the man on the iron tower. When Chiho asks if it is ever possible to live a long life without leaving the tower, Takuma tells her the story about a woman who had been living in between two buildings for a year. Chiho says nothing else and wonders whether the story was true or merely another local urban legend.

The prologue ends on the night of a school closing ceremony, with Chiho stabbing a loved one in the kitchen of their home. Before dying, the person calls out the name of their ability: Memory of Jet.