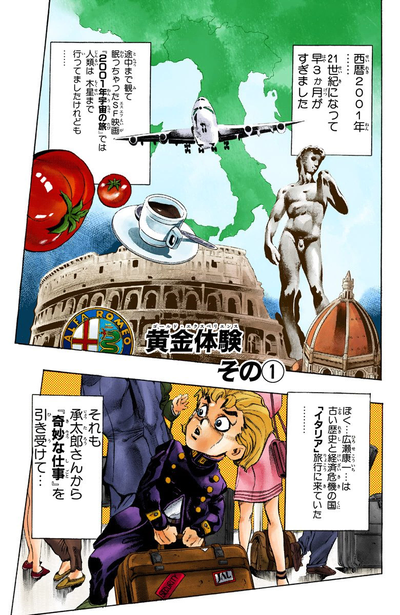 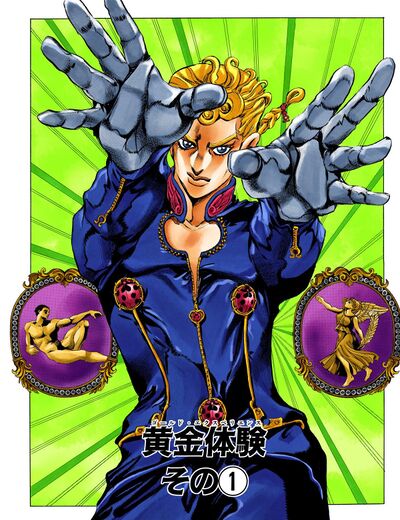 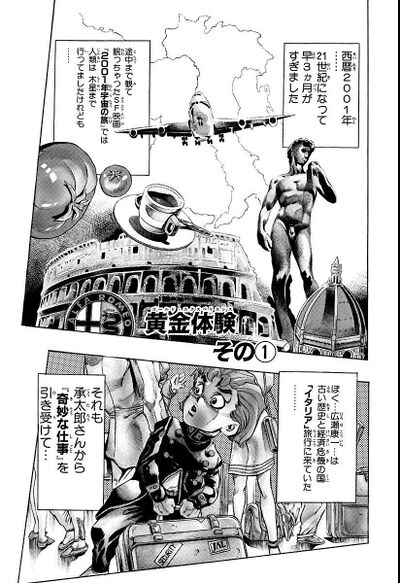 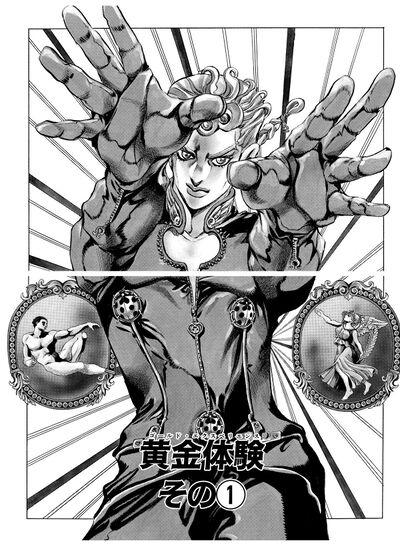 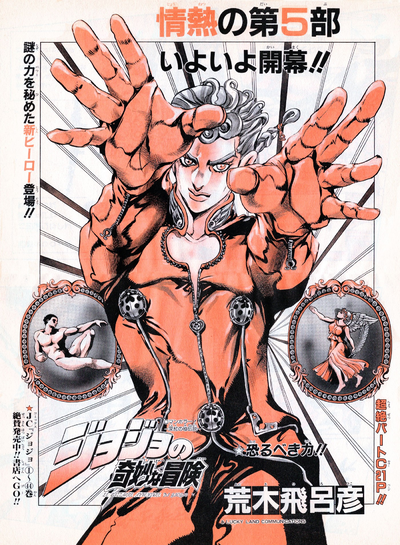 3 months into 2001, two years after the death of Yoshikage Kira and the events of Diamond is Unbreakable, Koichi Hirose arrives in Naples, Italy on a 'bizarre mission' from Jotaro to locate a 15 year old, half-Japanese-half-Italian boy named Haruno Shiobana in order to retrieve a skin sample due to Jotaro wanting to check his genetic structure. Jotaro had explained how he sent Koichi rather than gone himself due to Koichi's Stand being well-suited for the task at hand. Koichi had pointed out how Haruno looked similar to Jotaro, to which Jotaro gave no response. In the present, Koichi questions Jotaro's motives, but seeing as he's bound for a free holiday with all expenses covered by the man, he brushes his curiosities aside.

After exiting the airport, Koichi passes by a mysterious youth inserting his entire right ear into his ear canal, entertaining two airport security guards who watch in amazement.After this trick, however, Koichi notices the boy slyly slipping the guards money in a small pack of cigarettes. He stares in confusion, but is spotted by the boy, who stops Koichi and offers him a personal taxi ride at a lower cost than the public ones.

Koichi declines, and the boy enquires how Koichi's Italian is so fluent for a Japanese tourist. Koichi slips out how he asked Rohan Kishibe for help, before catching himself and explaining that he simply learned it. In turn, Koichi enquires about the trade he has just witnessed, but the boy dismisses it as a parking fee, before offering a taxi ride again, this time at a cheaper 10 Euros. At first, Koichi is reluctant, but upon seeing the long queue for public taxis, he accepts, putting his luggage in the back seat of the boy's car.

Koichi warns the boy not to trick him in any way, but as soon as he closes the car's front door with his luggage inside, the boy drives off, leaving Koichi shouting for him to come back. The boy smiles goodbye as he drives away, but his car is suddenly stopped, weighed down by Echoes ACT3's 3 Freeze. The youth, despite being hindered, leaves the car, and confidently and calmly smirks at Koichi with a shining serenity, before fleeing.

The guards from before, who were secretly watching the robbery, reveal the name of the culprit in not-so-hushed conversation: Giorno Giovanna, a half-Japanese boy who's hair had turned from black to blond only recently, a hereditary trait from his father who had died in Egypt. Koichi overhears this and notes the name to be similarly sounding to Haruno Shiobana, but refuses to accept the possibility that him and Giorno might be the same person. He goes to inspect the stopped vehicle for his luggage, but it had somehow disappeared from the taxi – or so he thought. Upon spotting a peculiar spherical mass in the passenger's seat, Koichi suddenly remembers the unwritten rule of fate: Stand Users attract one another.

Other languages:
English • português do Brasil
Retrieved from "http://jojowiki.com/index.php?title=Chapter_440&oldid=789142"
Categories: