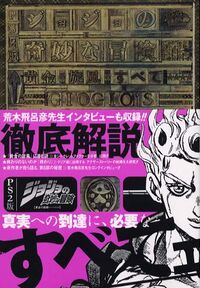 An interview with Hirohiko Araki from the All About GioGio's Bizarre Adventure PS2 Strategy Guide.

It seems Stand designs have gradually changed over the course of the series.

I'm often told they even differ depending on the scene. But like I always say, "they're not robots." (laughs)

Do you not focus on accuracy?

I generally keep them the same, but how the art looks takes priority, as does choosing colors. For example, using red and blue for one illustration, and yellow and red for another. But I was taken aback when asked, "You don't use the same colors each time?" To which I thought, "Does it have to be?" (laughs) People who watch anime might think, "a character's color has to be the same every time," but for me, it's "color for the sake of the art." There are some color pairings that just do not suit each other, so I have to change them. That is why I calculate the colors when using them.

Fugo disappeared halfway through the story; why?

Originally, I was thinking of a story where Fugo betrays Giorno and his friends. The bible has a similar account involving a traitor named Judas, and that's what I was trying to do, but I kind of hated it. I had this feeling that if I depicted a betrayal, the story would become too dark. So, I had Fugo leave right away through a difference of opinion. As an alternative, I asked the authors of the novel (Note: GioGio's Bizarre Adventure II: Golden Heart, Golden Ring) to depict Fugo right after he left. He betrays them, but is actually helping Giorno and the others, so it's sort of like a gaiden / side story.