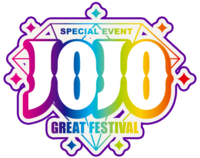 Interview with Naokatsu Tsuda in the JoJo Great Festival official guide, published during the event on February 19, 2017.

Naokatsu Tsuda: Creating a television series has its own set of conditions and compositional considerations, but Araki-sensei told us "you should change things around if you need to". Originally it was rare for Araki-sensei to offer up his thoughts concerning the anime adaptations, and at the beginning he had a completely hands-off approach. He began to get more involved around the time of Part 3, and by the time Part 4 came around he was going as far as to help us check our use of colors.

For example, I don't think fans of the original manga necessarily got the impression that Koichi had grey hair, but when we presented him a number of color concepts to use and asked him "which of these do you think is closest to the image you have of Koichi?", that's what he settled on. We had other color designs prepared as well, like blond, white & brown. That said, he doesn't come to us saying "I want this to be like this", but rather he takes the time to properly check what we show him. In that sense, I suppose I would say that Araki-sensei's stance towards the anime hasn't changed all that much since we worked on Part 1.