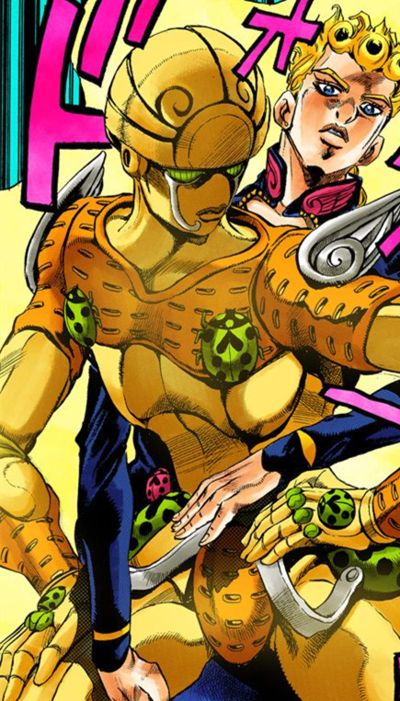 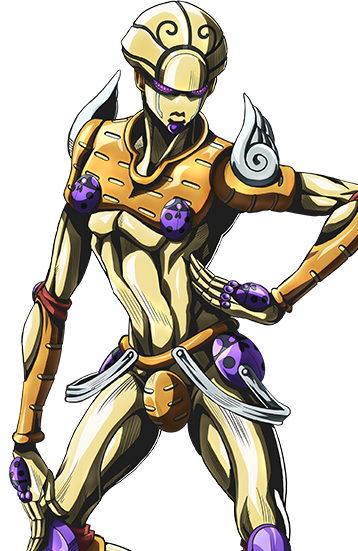 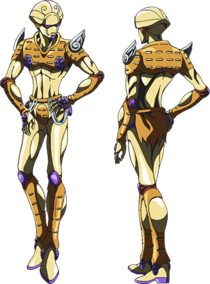 The transformation was originally portrayed similarly to a fetus growing into an organism,[6] but was eventually finalized as an object molding into Giorno's desired life form.

Gold Experience's ability can also be applied to living individuals, causing their thought processes to greatly accelerate. When Bruno Bucciarati was hit by one of Gold Experience's punches, his consciousness accelerated to such a point that he perceived everything else to move slowly. However, his body did not follow the sudden surge of speed and could hardly move, and Bucciarati had an out-of-body experience as his consciousness separated itself. While it heightens the senses of its victims as well, it also means that the then-defenseless body will feel a much more acute and intense pain over a much longer period of time when injury is taken; a punch to the face from Gold Experience that lasted a brief instant was perceived by Bucciarati as lasting much longer, even long enough for him to think full sentences and internally describe the sensation of pain as he's being punched.[13]

Gold Experience was obtainable for a limited time as an assist in the mobile game Puzzle & Dragons.