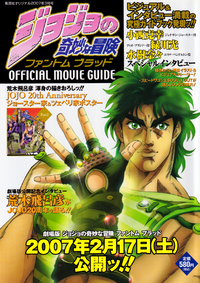 “
In Part 5: Vento Aureo, you did a great job illustrating the gang's pasts.

Of course, especially since Giorno and his friends have such unfortunate fates, I had to make sure their backstories were illustrated well. To tell you the truth, I wanted to draw even more pages for them.

I get the impression you may have also wanted to draw Kakyoin's past from Stardust Crusaders?

Yes! I wanted to draw Kakyoin's as well. However, I was on the fence about whether to do it at the time. I didn't think it'd be acceptable to recount his childhood in the middle of the last battle, so I just made it into a monologue. When I think about it now, I could have spent a chapter of the series (or about 19 pages) drawing just Kakyoin's childhood, but during that era of Shonen Jump, it felt wrong not to have a battle every week. It was like some kind of Shonen manga spell was cast on me.

Since you established Giorno as Dio's son, I was expecting the story to expand on that...

I never had any intention of doing that, actually. Even during "Diamond is Unbreakable", people were speculating if Kars would show up, but this is not the type of manga series that would go in that direction, and I'm not the type if person who would write that. If that happened, to me, it'd be over. I am of the opinion that if readers ever think to themselves,"I expected that to happen!" then I've failed. There are many manga out there that would go in that direction, but if I did that, it's over.

It's a manga that doesn't go according to the reader's expectations, right?

Even as a kid, I never thought predictable manga was interesting. That's exactly it.
”
—Hirohiko Araki