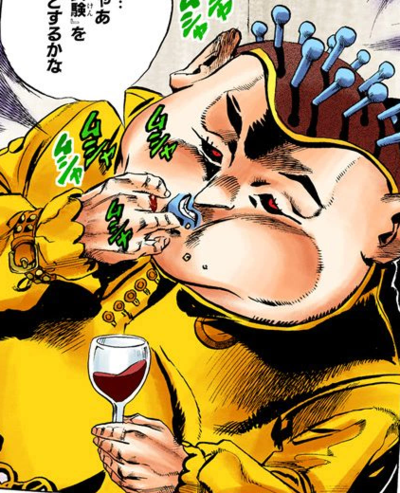 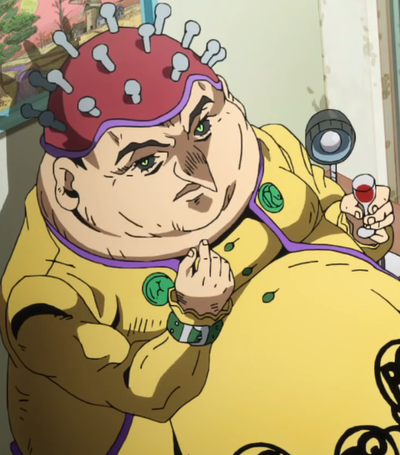 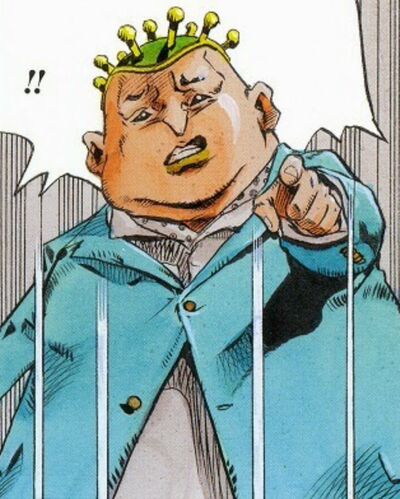 Polpo (ポルポ, Porupo) is a tertiary antagonist featured in the fifth part of JoJo's Bizarre Adventure, Vento Aureo, specifically the "Meet the Gangster Behind the Wall" and the "Joining the Gang" story arcs.

Polpo is the first of Passione's capo that Giorno Giovanna encounters. Kept in prison in a luxurious cell, Polpo is responsible for recruiting new members in his division. He then tasks Giorno to keep a lighter lit for 24 hours as a test. Polpo is a Stand User and his Black Sabbath automatically attacks Giorno during said test.

Polpo wears a bright blue jacket and dotted white shirt and brown pants. His hat is portrayed as green.

Illusionism: Polpo shows a talent as an illusionist, hiding in his room despite his size and seemingly eating his fingers to suddenly pull out a lighter from his hand. 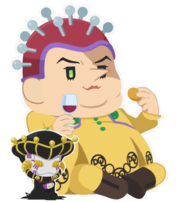 Cost: 0
After making a 5x5 or bigger, changes all Polpo panels into intensified panels (up to 3 times per battle).