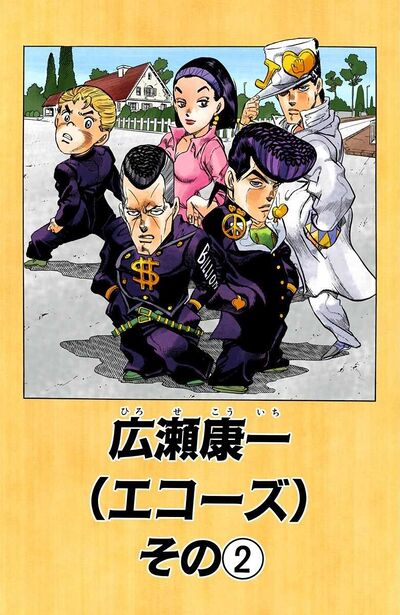 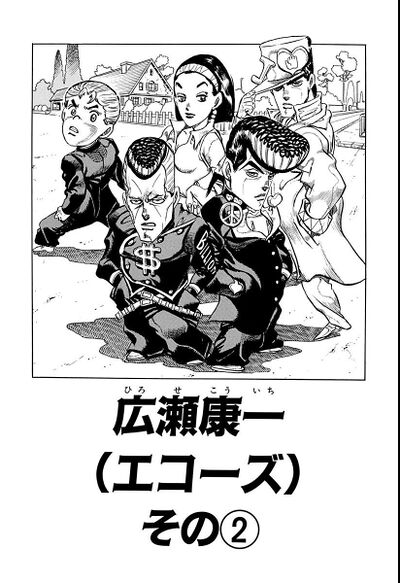 A giant lock appears on Koichi's chest, the weight pulling him down. Tamami explains that he received this ability after meeting Keicho four months ago. Tamami tells Koichi that the only way to get the lock off is to give him money. Koichi tries to deceive him by saying he has no money, but the lock grows even bigger, forcing Koichi into the ground. Tamami explains that his Stand works on guilt, and will automatically grow when the victim feels guilty.

Koichi hands him his wallet, and Tamami takes the seven thousand yen Koichi was going to spend on sneakers. Suddenly, Josuke and Okuyasu appear to rescue Koichi. Josuke demands that Tamami gives back Koichi's money. Tamami is surprised that the students can see his Stand, but refuses to deactivate it without proper compensation. Okuyasu punches him in the face, outraged that Tamami won't give back the money. Tamami proceeds to purposfully fall on his face, breaking his tooth.

A lock appears on Okuyasu's chest, feeling slight guilt towards what happened. It seems Tamami has a complete grasp on the situation, but Josuke looks inside the bag with the cat Koichi ran over. Inside is a stuffed animal and some fake blood. Josuke then walks over to Tamami and heals his tooth with Crazy Diamond. The locks disappear from Koichi and Okuyasu's chests. Having lost, Tamami leaves Koichi's wallet on the ground and runs away. However, inside the wallet are only the corners of the bills. As he flees, Tamami mutters to himself that Josuke better be careful from now on.