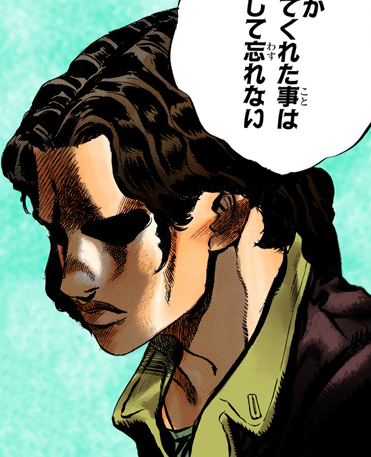 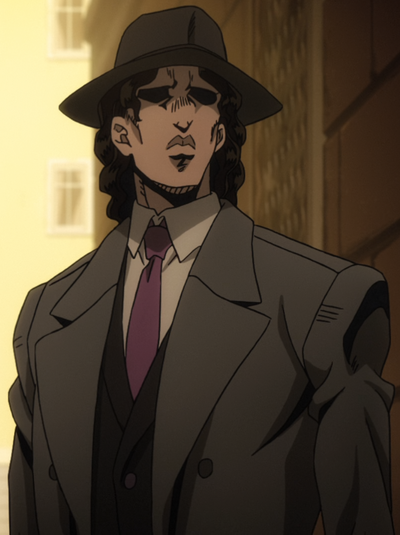 GW Episode 2 (Flashback)
“
I'll never forget what you did for me.
”
—Man X to Giorno Giovanna, Chapter 444: Bucciarati Is Coming, Part 2

Man X (男X, Otoko X) is a tertiary ally featured in the fifth part of JoJo's Bizarre Adventure, Vento Aureo. He is a gangster that Giorno Giovanna thinks of as a hero. After his life is saved by a young Giorno, the man treats Giorno with respect and ensures nobody would mistreat him. 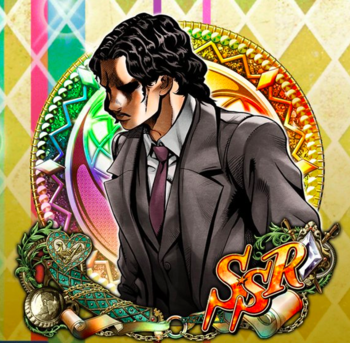 I will never forget what you have done
When a unit with this Ability is in Standby, allies on the field will be able to overgauge to 120% of the normal Skill Gauge during any allied action!
Cost: 1