From JoJo's Bizarre Encyclopedia - JoJo Wiki
Jump to navigation Jump to search
English
The name used on this page is from a source not written by Araki. As such, it may or may not be considered canon. 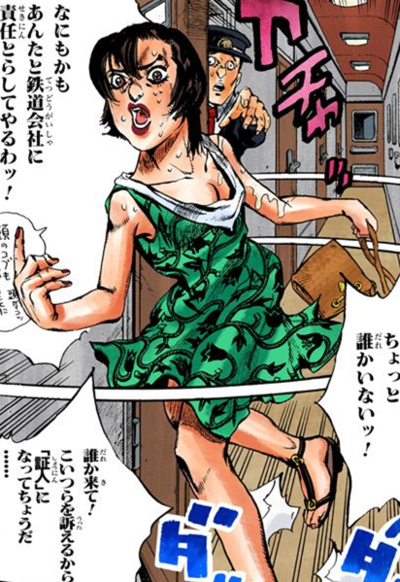 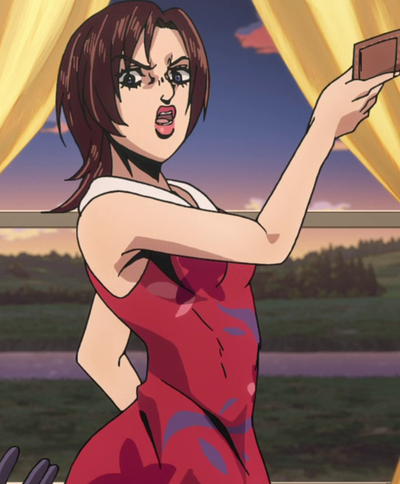 She was a first-class passenger on board the train Team Bucciarati was on. Following Prosciutto and Pesci's demises, Melone unintentionally intrudes her private compartment as the train stalled, using her to birth his Stand, Baby Face.

Anita is a slim upper class 24-year-old woman of average height. She has short, dark hair with choppily cut bangs and is shown wearing an expensive dress with various patterns and a slightly exposed chest. According to Melone, her health and physique are "perfect".

Not much is known about Anita's past, as Melone uses her only for Junior's production. However, according to her, her family ranks high up in the police and government. 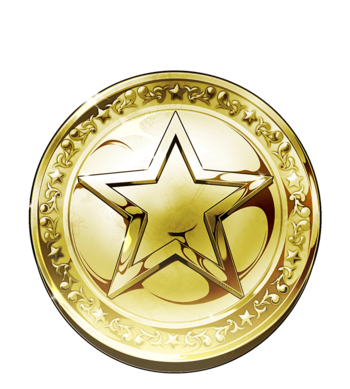 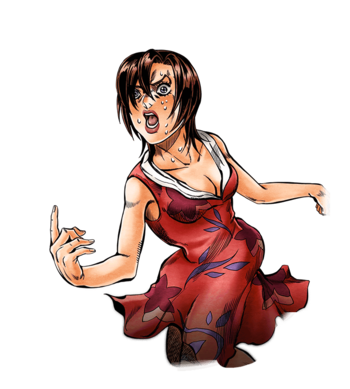 Profile
“
A woman who was riding the train to Florence.
”
How to Obtain
Skills
Leader Skill

I’ll call someone!
Deal 300% damage to the nearest enemy ignoring their defense, and set their action count to 0!

Good Health
When an allied unit comes into contact with the unit with this Ability equipped, restore that allies HP by 1% and increase the Skill Gauge by 5%!
Cost: 2