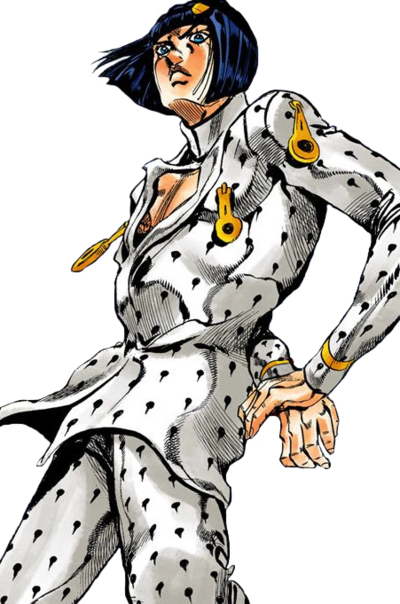 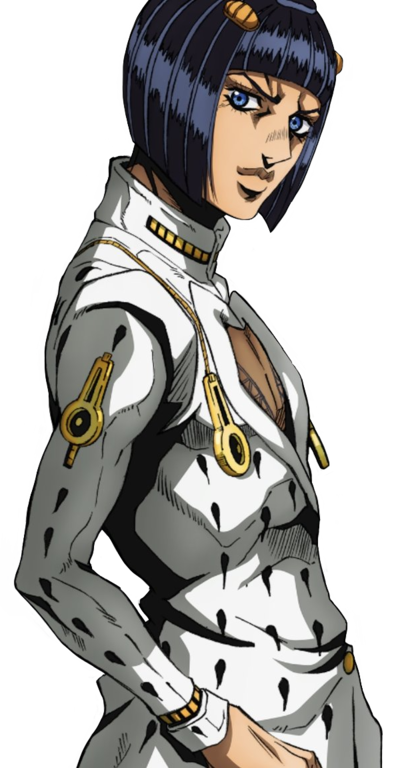 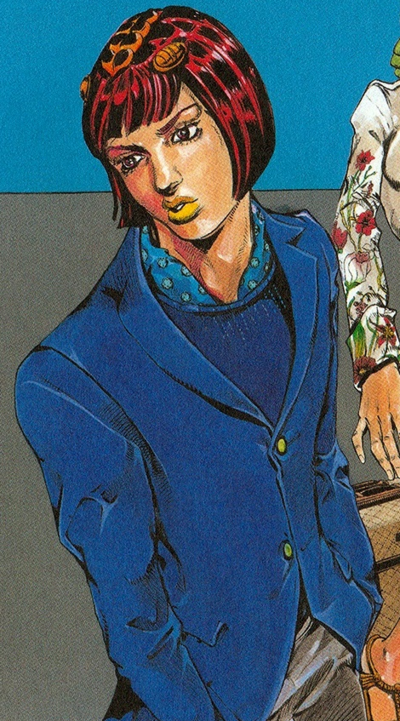 Bucciarati makes a small appearance in the one-shot wearing a blue two-buttoned jacket plus a matching pull-over and dotted shirt underneath it, with gray pants and brown shoes.