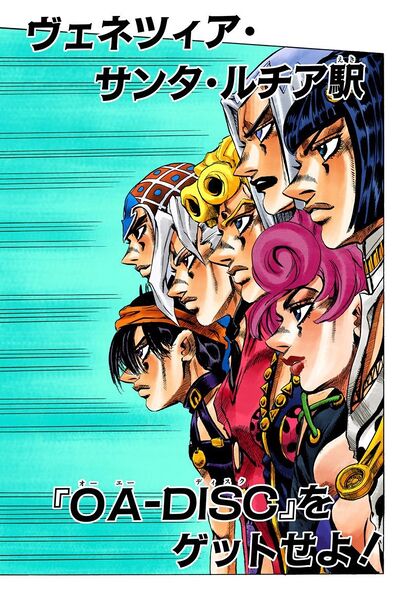 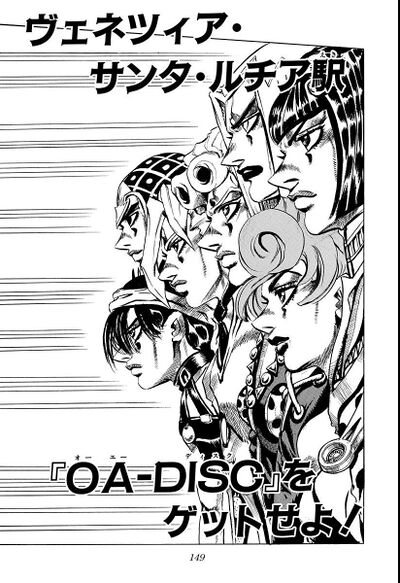 Now, Giorno and Mista ride the stolen car together in order to retrieve the disk at Santa Lucia. Being alone on the Ponte della Libertà, Giorno and Mista are confident when the temperature gradually drops, covering the windows with condensation. When Giorno opens a window and feels the freezing gust of wind, he realizes that the temperature is unnaturally low, and a photo of the Santa Lucia train station flies into the car.