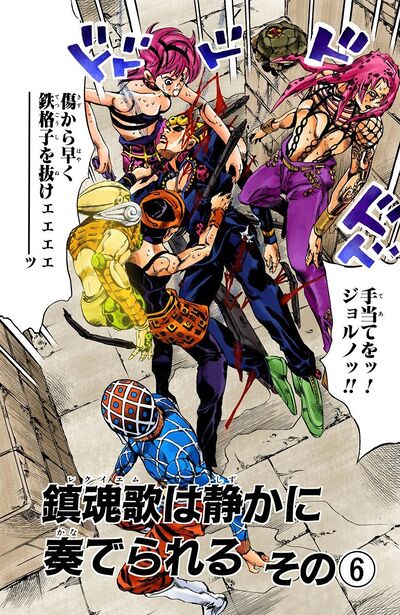 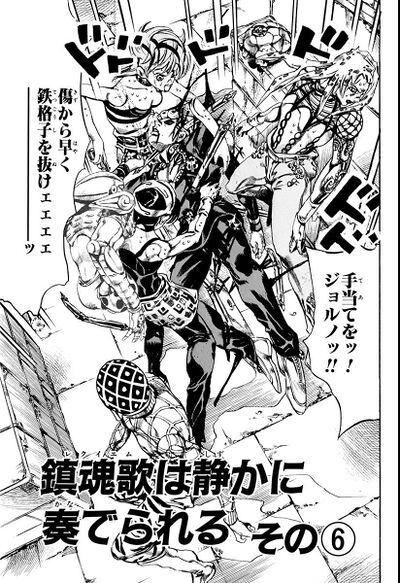 Giorno tries to heal Narancia, but it's no use, Narancia has died. Everyone is dismayed as Giorno goes back into his now healed body. Polnareff tells the group that he suspects Diavolo had an alternate personality which allowed to disguise himself into a teenager, and that he must have gone into a different body than Bucciarati's.

Bucciarati adds that without Narancia to detect organisms, Diavolo's body is free to roam, and everyone catches up to Chariot Requiem which had been walking away from the Colosseum. As everyone walks away after honoring Narancia a last time by Gold Experience embellishing their fallen friend's body with flowered vines, Trish sees a glimpse of King Crimson behind everyone, briefly enough so that she doesn't think too much of it.

Doppio, agonizing in Bucciarati's shot up body, is confident that now that the Boss entered "that body", he will win. Doppio subsequently dies. At the same time, everyone in Rome begins to wake up and realizes that their souls got switched.