The Mystery of King Crimson, Part 2 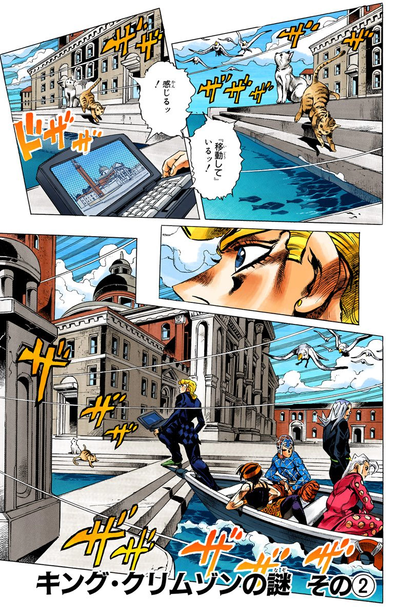 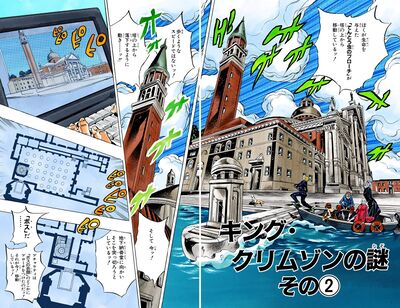 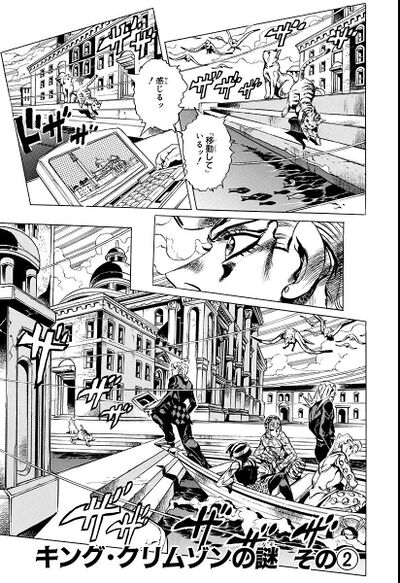 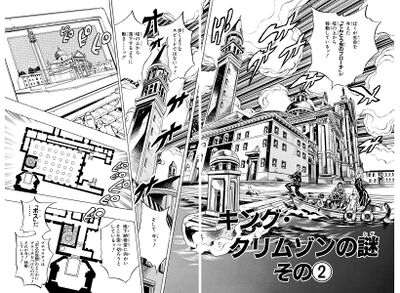 The Mystery of King Crimson, Part 2 (キング・クリムゾンの謎 その②, Kingu Kurimuzon no Nazo Sono 2), originally The Boss!! (ボス!!, Bosu!!) in the WSJ release, is the eightieth chapter of Vento Aureo and the five hundred nineteenth chapter of the JoJo's Bizarre Adventure manga.

A little while before Bucciarati's confronting of The Boss, Giorno anxiously waits in the boat for an update on the progress of his operation. As Mista and Narancia argue over the remaining chocolates the latter had been hiding, Fugo asks Giorno for a bottle of water. Suddenly, Narancia has the chocolates in his mouth while Fugo has his bottle, without remembering how he got it.

Giorno notices that something odd is happening, such as birds and people seemingly teleporting, and rushes to the church despite Abbacchio's orders. He receives a call from Bucciarati and Giorno reveals that the brooch, which fell down the elevator shaft, attached itself to The Boss. Giorno also tells him that the Boss is hiding behind the column near Bucciarati, and the lieutenant confidently cuts the column apart with his zippers to attack the Boss.