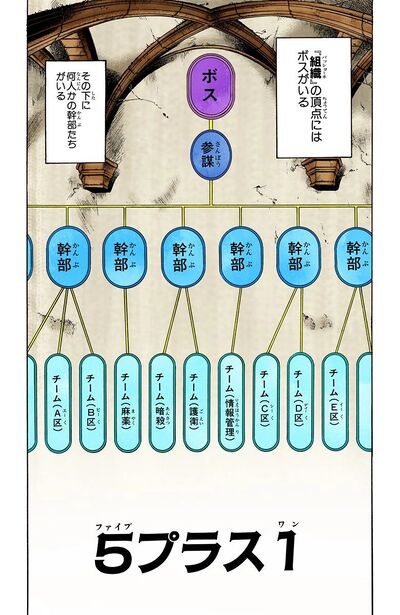 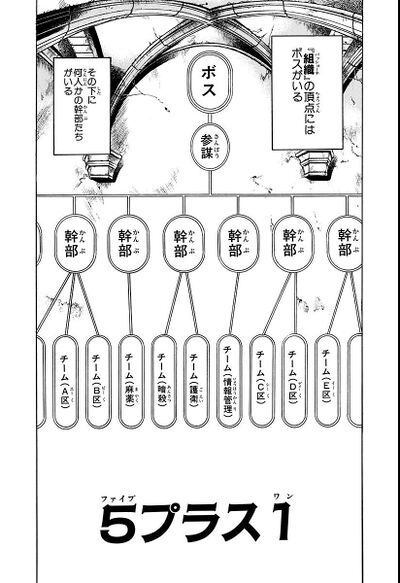 Bucciarati explains the hierarchy of Passione to Giorno: Boss, adviser, operatives, and small groups. To avoid attracting attention, all members dress in regular clothing and work regular jobs. The small groups (usually six to ten people) each have certain tasks they perform, such as collecting money, assassinations, drugs, etc. To become an operative, one must have great reputation amongst the other members.

Guido Mista, Leone Abbacchio, Narancia Ghirga, and Pannacotta Fugo are sitting in a restaurant, while Fugo tutors Narancia multiplication. Suddenly, Mista starts freaking out over there being four pieces of cake left. Fugo then stabs Narancia with a fork for getting a multiplication problem wrong. Before Narancia can slit Fugo's throat, Bucciarati enters, introducing the group to its newest member, Giorno Giovanna. The gang, however, doesn't seem to care. Abbacchio secretly urinates into a teapot, and pours a cup for Giorno. The gang goads Giorno into drinking it, and to their surprise, he drinks every last drop. It is then revealed that by turning one of his teeth into a jellyfish, he was able to absorb all the urine without drinking it. 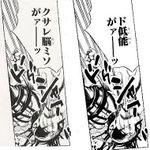