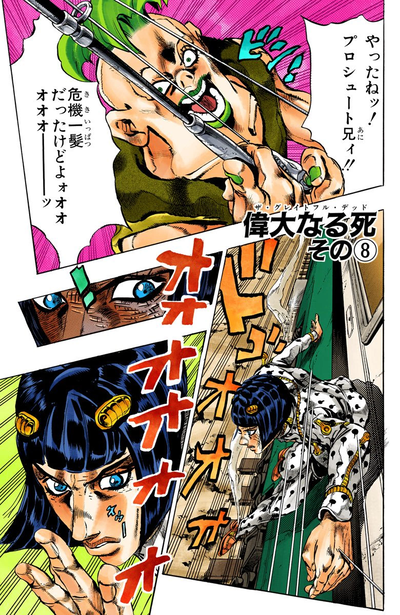 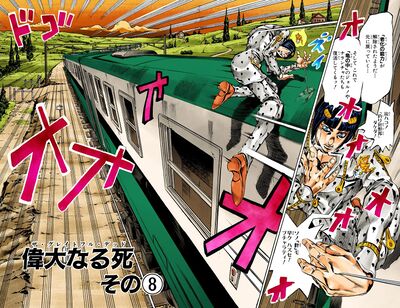 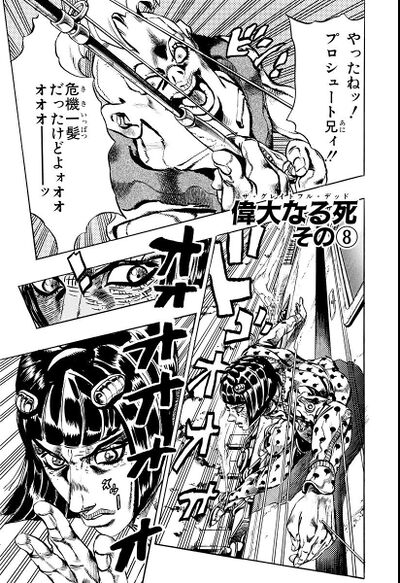 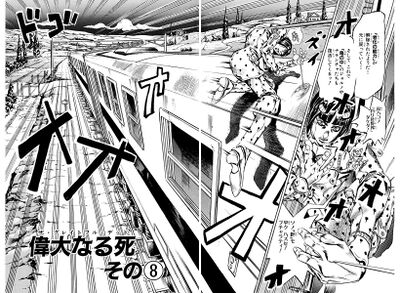 The Grateful Dead, Part 8 ( その⑧, Za Gureitofuru Deddo Sono 8), originally Pesci the Mammone!! (のペッシ!!, Manmōni no Pesshi!!) in the WSJ release, is the fifty-sixth chapter of Vento Aureo and the four hundred ninety-fifth chapter of the JoJo's Bizarre Adventure manga.

Bucciarati climbs to the top of the train. With Prosciutto dead, all the passengers, including Team Bucciarati, begin to return to normal. Pesci, begins reeling in Bucciarati thinking it's Prosciutto, but suddenly realizes that he has the person's left hand hooked rather than the right. After noticing that the passengers are recovering their youth, he realizes that the worst has happened. However, at that moment the passengers begin aging again. Prosciutto is not dead. Barely alive, Prosciutto's mangled body lays on the train's wheels. After realizing Prosciutto's inevitable demise, and seeing his limitless will power, Pesci gains a burst of confidence, understanding Prosciutto's motto. Pesci coldly murders a passenger as proof of his newly reformed self, and begins reeling in the hook, now with murderous intent. When Pesci gets to Bucciarati he will not kill him however, for in reality he'll already be dead.