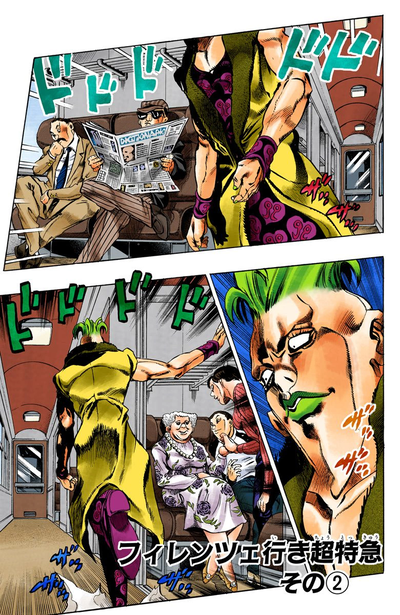 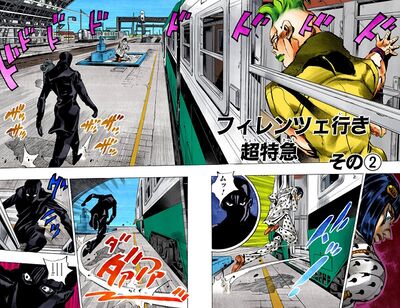 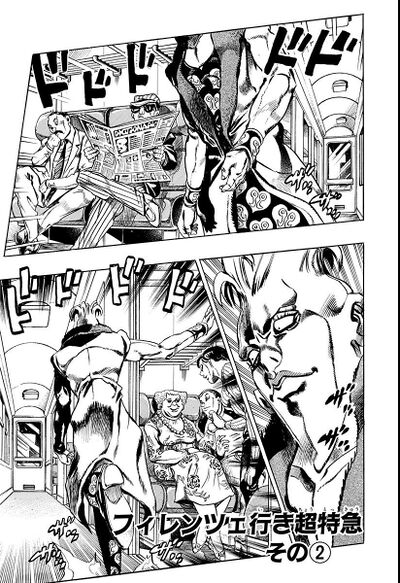 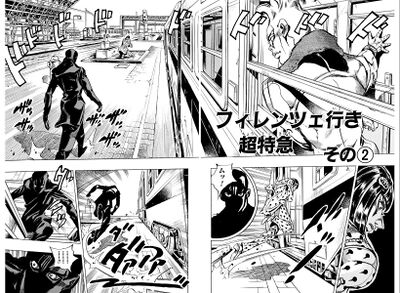 In the train, Pesci heads toward the first car, while on the outside the other mysterious man continues stalking Bucciarati. Bucciarati suddenly rushes into the train, while the man follows, losing track of the former once he gets into the train. Pesci appears and the two become confused as to the whereabouts of Team Bucciarati. They argue about where they could be hiding, completely unaware of the turtle hiding near their feet.

By utilizing the turtle's Stand, Mr.President, the gang safely hides within the turtle's "room." The two men continue to search the train for the gang, but are unable to find them. Eventually they get to the control room, but a locked door prevents their advance. Pesci reveals his Stand, Beach Boy, and sends it into the control room. Pesci senses the presence of two living things inside, and with his Stand pulls out the train's captain. The two search the room but are unable to locate Bucciarati and the others, or the other living presence inside the room.