What Lies Beyond the Arrow 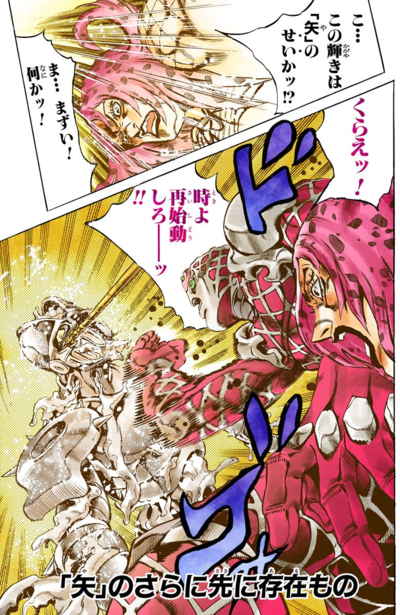 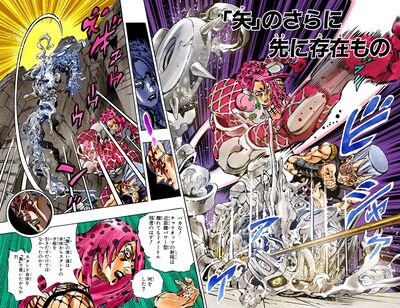 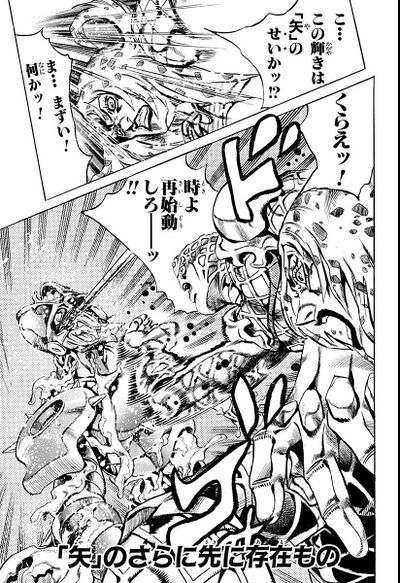 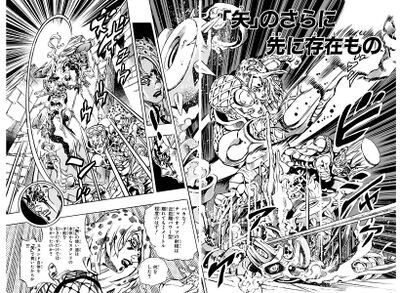 What Lies Beyond the Arrow (「矢」のさらに先にもの, 'Ya' no Sara ni Saki ni Aru Mono), originally The One Who Controls the World (この世を制する者, Kono Yo o Sei Suru Mono) in the WSJ release, is the one hundred thirty-second chapter of Vento Aureo and the five hundred seventy-first chapter of the JoJo's Bizarre Adventure manga.

King Crimson almost punches Silver Chariot, but it liquefies and climbs a pillar. Diavolo is curious, but still punches through Polnareff's chest. Silver Chariot tries to slip the Arrow between the bricks, but King Crimson breaks them and recovers the Arrow triumphantly as Polnareff dies.

Diavolo then checks his pulse to confirm his death, but he senses that something is near him. He sees a shadowy figure, marked at the cheek by the Arrow's negative, which walks away. Diavolo orders it to identify itself, but he mysteriously weakens, letting the Arrow fall into his hands, which the figure takes. Diavolo, like every member of Bucciarati's group, falls asleep.