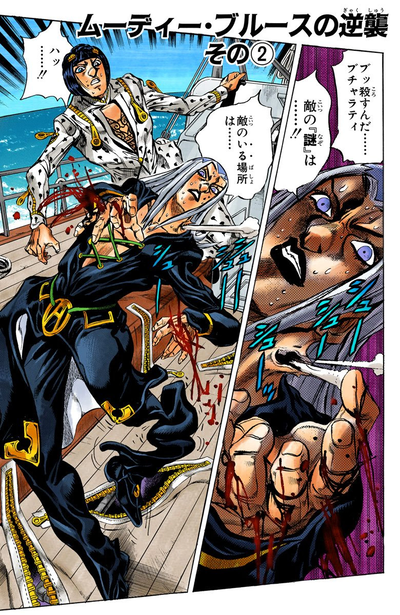 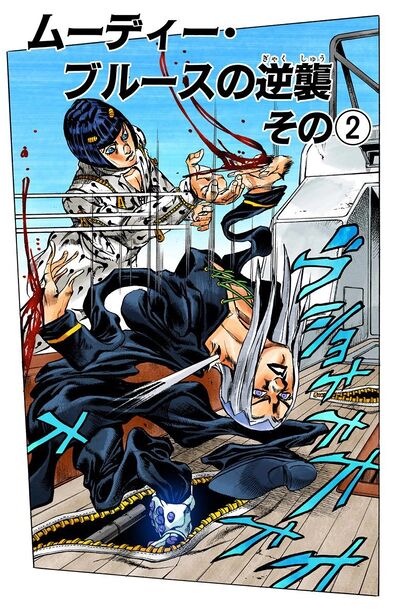 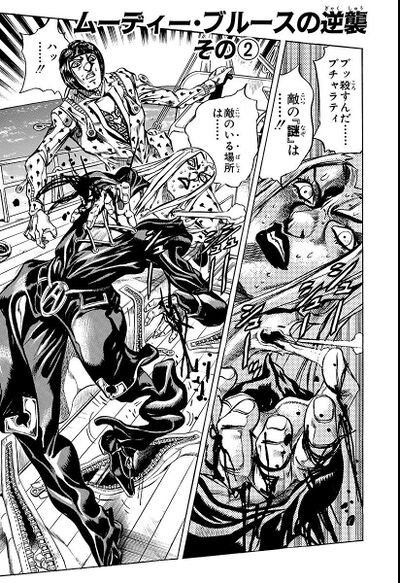 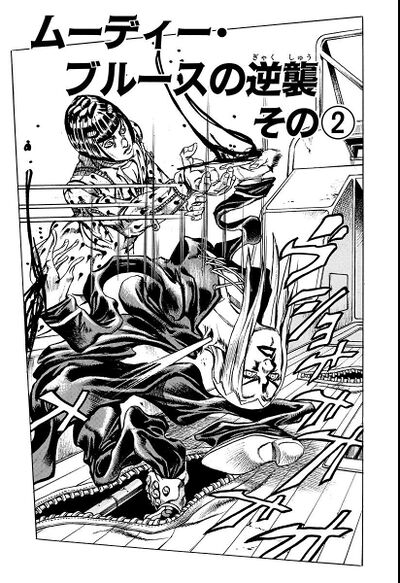 Bucciarati opens several holes in the yacht's hull with zippers, causing it to begin sinking. He then reveals that by observing where the blood from Abbacchio's wound fell, he was able to understand the enemy's secret: the enemy, now revealed to be the man named Mario Zucchero, deflated another boat at the dock and stretched it over Bucciarati's boat like a glove. Zucchero was then able to hide by deflating himself and hiding in the extremely small space between the two boats. Now desperate, Zucchero reveals himself and attempts to kill Abbacchio, but Bucciarati zips off his head with Sticky Fingers.