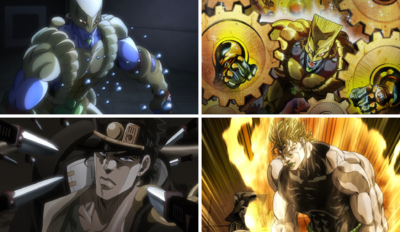 Jotaro, surrounded by a terrifying amount of knives that DIO had thrown at him
DIO halts the battle and wonders how much Jotaro can accomplish in the stopped time. Jotaro tries to hide the fact that he can only briefly move for a moment, but then DIO devises a plan to make this irrelevant as he reveals his hands and belt full of knives. Worried, Jotaro tries to jump to safety but DIO stops time while he's in mid-air. With no way to escape, Jotaro sees DIO throwing dozens of knives from all sides. Jotaro was able to block several knives in frozen time but found himself unable to stop them all once time return to normal. He was stabbed multiple times and, for a good measure, The World throws an extra knife into Jotaro's hat, seemingly killing him as the student falls to the ground.

Polnareff attacks DIO
DIO stops time and easily swathes Polnareff aside. However, DIO now approaches the Frenchman, forcing Jotaro to divert his attention to himself to save Polnareff. He willingly twitches his finger to catch the Vampire's attention. Suspicious, DIO makes a policeman shoot in Jotaro's corpse. Surprisingly, Jotaro had used Star Platinum to catch the bullet aimed at his body. Dio then checks for any breathing or even heartbeat; Jotaro is forced to use Star Platinum to stop his heartbeat and almost dies as a result. DIO continued on with his original plan to cut Jotaro's head off but Jotaro was able to use this opportunity to land a strong blow directly into DIO's head and shattered a part of his skull, damaging the left hemisphere of his brain severely. 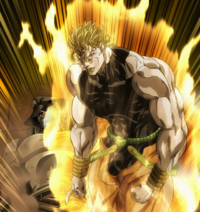 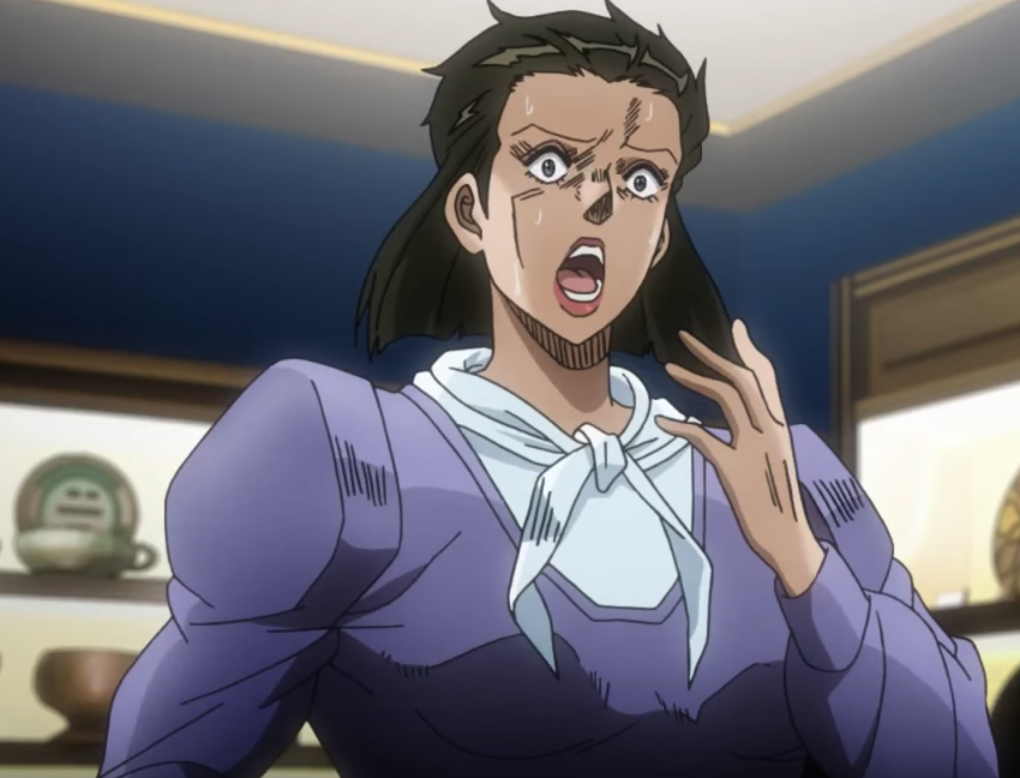