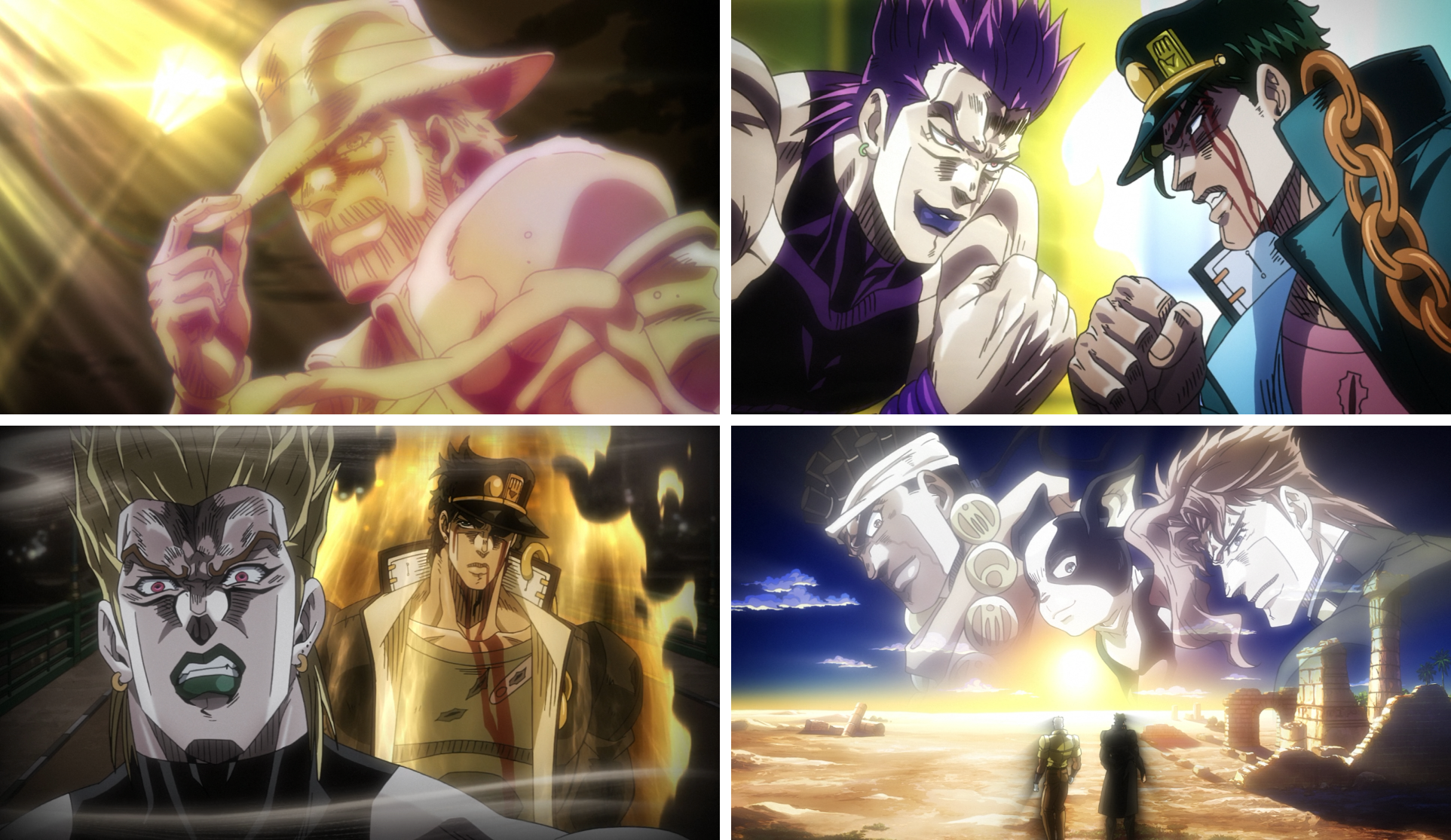 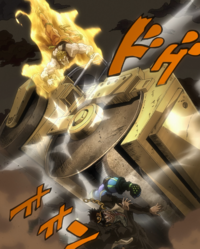 The two clash mid-air as DIO freezes time. Counting the seconds, DIO is seemingly overpowered by Star Platinum until it soon freezes. Now supercharged, the duration of stopped time increases to a maximum of nine seconds. His insanity was visible on a complete scale: DIO is overjoyed to have completely fused with Jonathan Joestar's body and being at full power, declaring he was experiencing "the greatest high" and delightfully drills his index finger into his skull. Tormenting an immobilized Jotaro, he uses The World to constantly pummel him and send him flying onto a bridge. He then stops time and declares that his next time stop will be the last one. The Vampire disappears, only to return with a Road Roller and threw it directly at Jotaro in an attempt to kill him by crushing him underneath it. Jotaro tried to push it back with Star Platinum but was unable to continuously do it as DIO and The World forces it down, and after a final punch, Jotaro is seemingly crushed beneath the road roller. 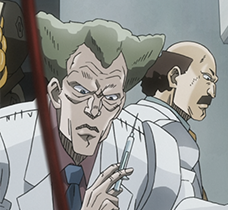