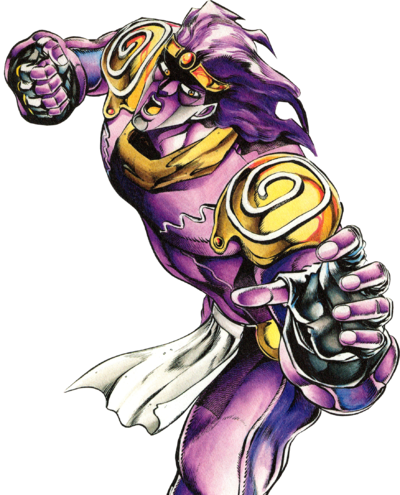 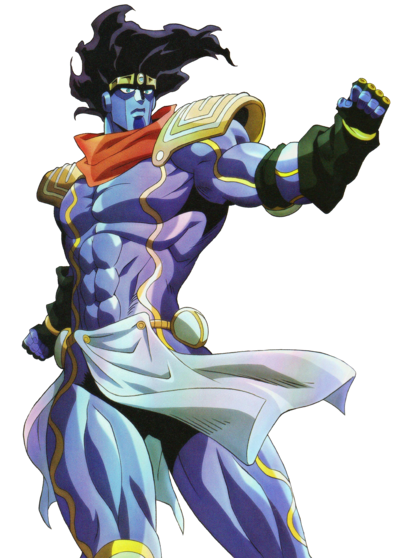 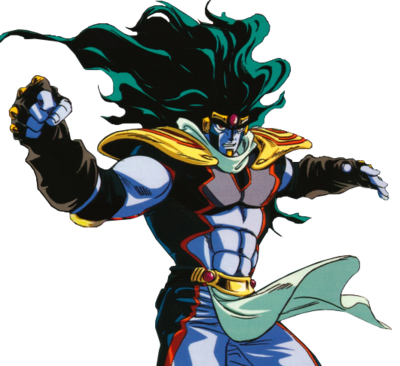 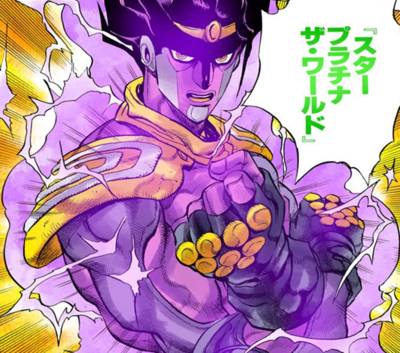 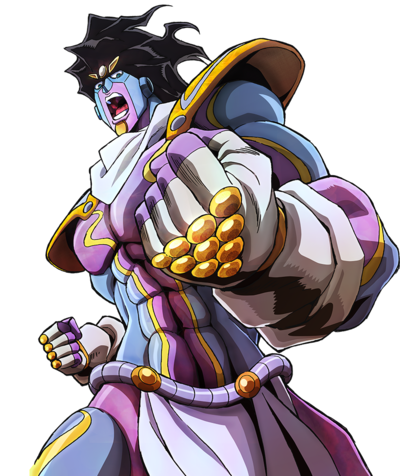 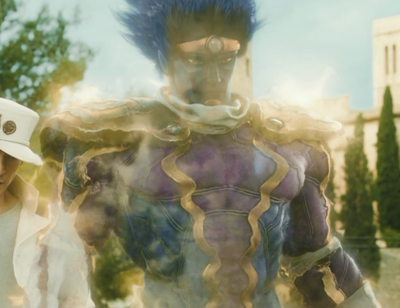 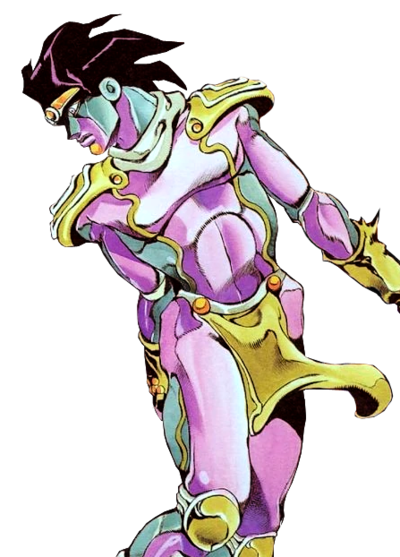 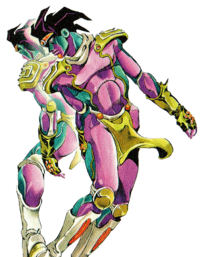 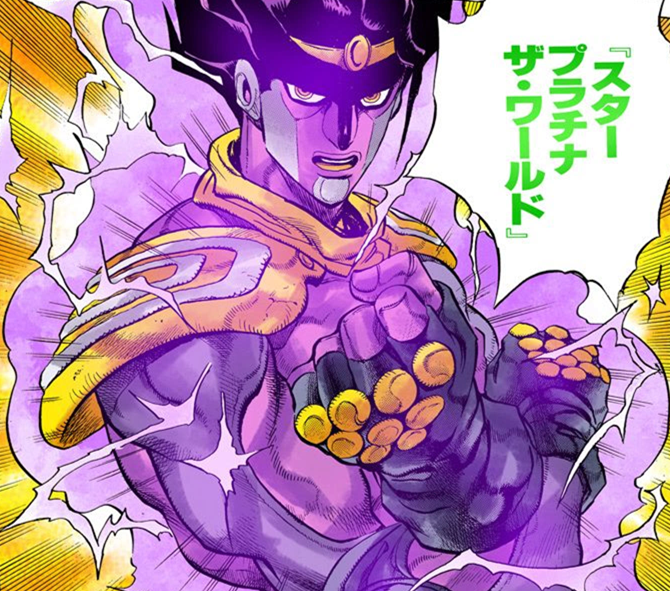 When activated, Star Platinum is able to halt the flow of time for a brief moment, causing everything around him to appear frozen in place. During this time-lapse, Jotaro is able to interact with any object or person within his range. Measures of time during Time Stop correspond to normal measures, as shown by Jotaro's unwilling reduction in the duration of Time Stop affected by Made in Heaven. He is unable to use the ability consecutively, requiring a few seconds in between each usage.[16]

In Jotaro's prime, the ability could last up to 5 seconds,[18] but decreased over time due to lack of combat.[2] Ten years after its initial use, Jotaro is only able to stop time for half a second, but intuitively extends it to 1–2 seconds throughout the later half of Diamond is Unbreakable.[19][20]

In Stone Ocean, particularly during The Visitor story arc, Jotaro is still seemingly only able to stop time for up to two seconds, though the validity of this is questionable, as it was only mentioned within Jolyne's illusion created by Whitesnake's "Melt your heart" ability. During the final battle at Cape Canaveral against Made in Heaven, he is able to stop time for up to 5 seconds.[21]

The information below derives from a source not written by Araki. As such, it may or may not be considered canon.
SPOILER WARNING: Part / Game spoiler details may follow.

As a result of its powers, all of the temporal anomalies disappeared after the death of Heaven Ascension DIO. The world reverted back to normal and Jotaro lost Star Platinum Over Heaven.[22]