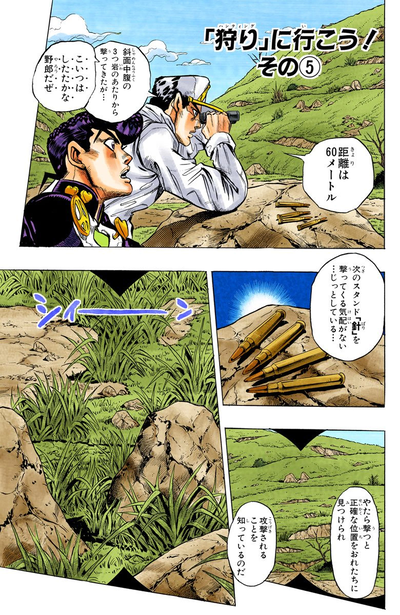 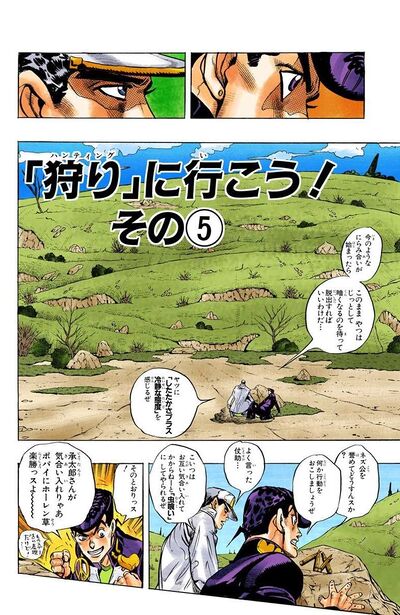 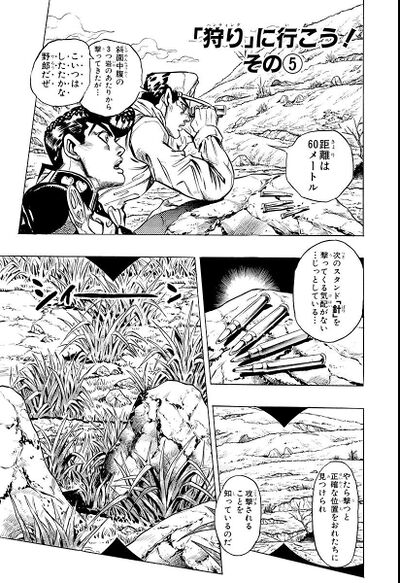 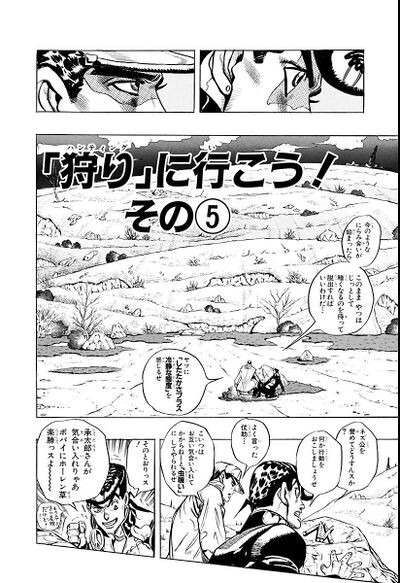 Jotaro observes the hill on which Bug-Eaten is, but doesn't spot him. He decides to get out of his cover and walks toward the hill, telling Josuke that he entrusts the bullets to him since he'll be serving as bait. Star Platinum will allow him to dodge the darts while Crazy Diamond is needed as a healer and thus cannot be exposed. The rat attacks before Josuke can even take the binoculars and has already changed its position. At the same time, Star Platinum stops time, and Jotaro dodges the darts. Bug-Eaten attacks again, Jotaro dodges, and Josuke spots it. However it took the time stop into account and had the dart bounces on a rock nearby, hitting Jotaro from a blind spot. His leg is hurt and he cannot move while Josuke cannot hit the rat which is hidden behind his rock. Josuke decides to act nonetheless, and determining a distance of 60 meters between him and his target, makes Crazy Diamond flick a rifle bullet toward the rat, only to hit the rock. Bug-Eaten is surprised, and turns its aim toward Josuke, who reveals that he's only baited the rat out of its hiding spot. With it in clear view, Crazy Diamond shoots another bullet and pierces Bug-Eaten, killing it.