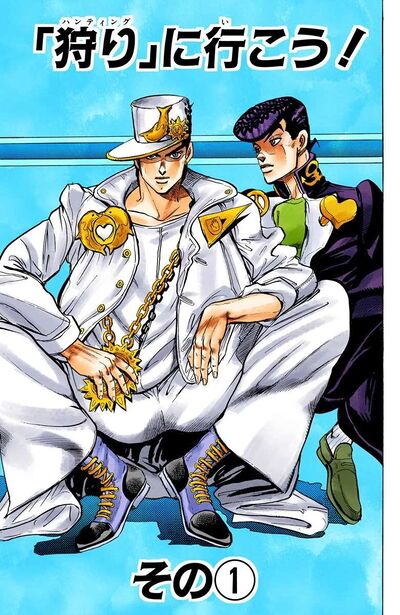 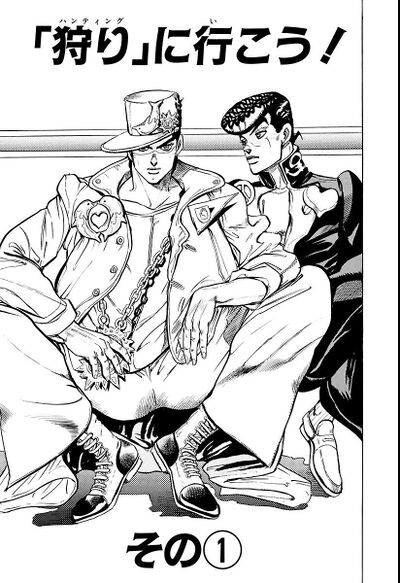 Jotaro invites Josuke to go hunting with him. He explains that Akira Otoishi has confessed trying to shoot a rat near a canal and that it survived. They assume that it must have became a stand user so they need to hunt it down before it hurts anyone. Josuke reluctantly accepts, and on their way, asks how they can hunt that rat with their short range Stands. Jotaro presents Josuke a box of marbles and his Star Platinum flicks two of them which hit the cans he's placed on a fence. Josuke tries to have Crazy Diamond flick two marbles too and is almost as precise. Jotaro explains that the marble will give them an attack range of 20 meters, but that they will have to shoot to hit or else the rat will never let them approach again.

Jotaro and Josuke find tracks of a brown rat near a gutter and set up several traps. Josuke finds a cube of jellified rats, whose flesh was liquefied then solidified again. Jotaro understands that the rat used its Stand against all its rivals to remain the sole rat of his territory and that they will have to kill the rat.