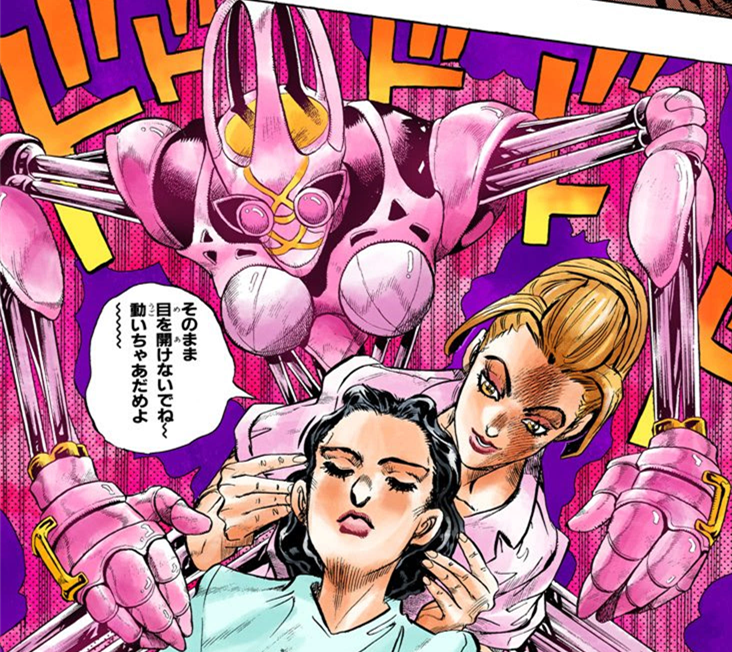 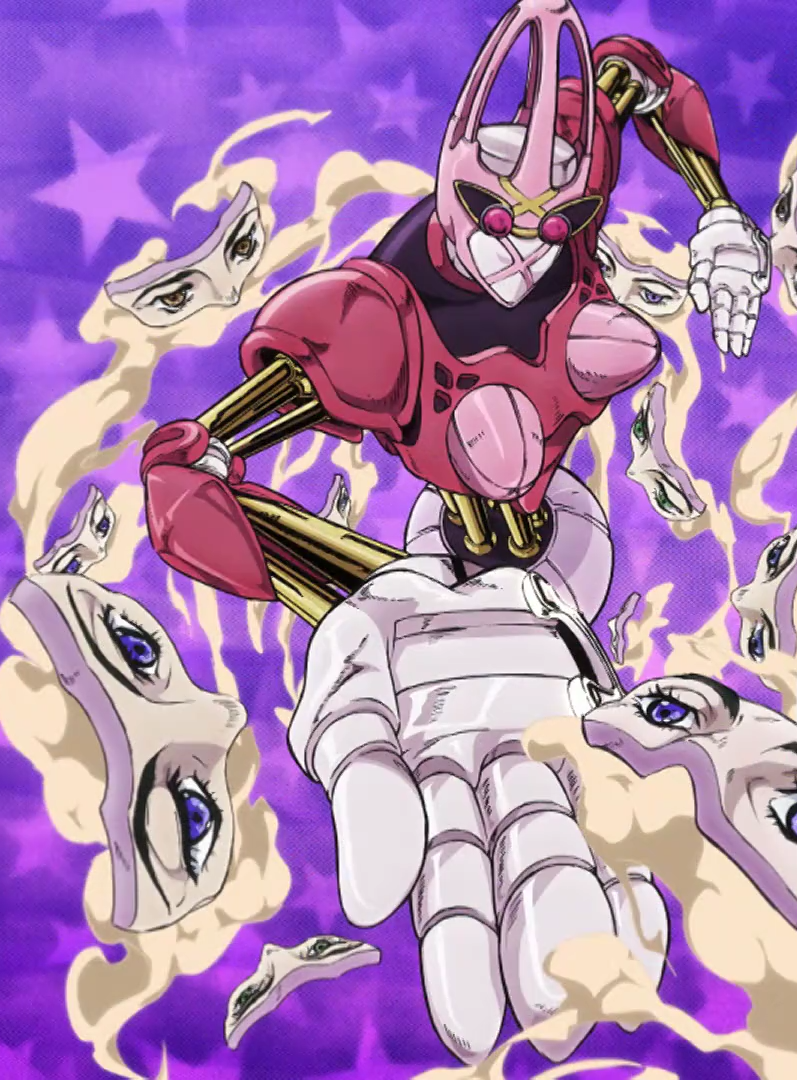 Cinderella (シンデレラ, Shinderera) is the Stand of Aya Tsuji, featured in the fourth part of the JoJo's Bizarre Adventure series, Diamond is Unbreakable.

It resembles a robotic mannequin and can change the body features of anyone, which Aya uses to work as a cosmetologist. 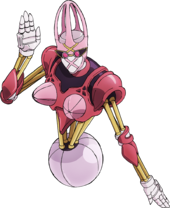 Cinderella is a feminine humanoid robot with long mechanical extremities and a spherical lower body, lacking legs in the anime. It has pronounced breasts and a thin waist while wearing a top resembling a bra. Its eyes resemble fashionista glasses, with the top of its head being similar to a beehive hairstyle.

In the colored manga, Cinderella is entirely pink. In the anime, the particular shade of pink varies depending on the body part. Its torso is considerably darker, and the hands are pinkish white.

To understand Cinderella, one must learn about physiognomy, a pseudo-science placing significance on one's facial features. Aya Tsuji exposes her belief that the fortune of an individual depends at least partially on their face. Thus by changing the face, specifically molding it into a "joyful face", Aya can effectively alter their fate and even choose what kind of love life her clients will have.[2] This belief also applies to palmistry and podomancy among others.[3]